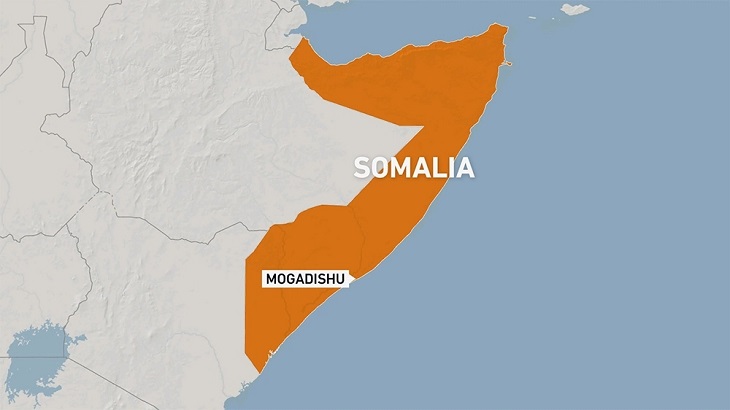 Five civilians, including a child, were killed Saturday when a suicide bomber detonated himself at a tea shop in Mogadishu, Somalia's police said.

"Around 7 pm in the evening, a suicide bomber detonated himself at a tea shop frequented by the youth," police spokesman Sadiq Dudishe said in a statement.

"Six people, four of them youth, a child, and the suicide bomber died in the blast. Four others were wounded."

A witness said the bomber walked into a crowd who were drinking tea in an open area near a police station.

"I was getting out of a restaurant just a few hundred metres (yards) away from where the blast occurred, I was shocked by the blast and it was huge. I saw people rushing to the scene and wounded being carried," said witness Ali Mohamed.

"Police cordoned off the area, but I saw several dead bodies carried away in an ambulance, they were young men, two of them from the neighbourhood where I live," he added.