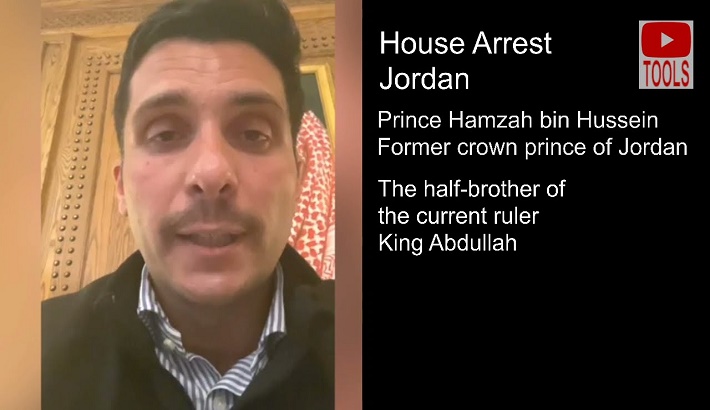 The former crown prince of Jordan says he has been placed under house arrest as part of a crackdown on critics.

In a video passed to the BBC by his lawyer, Prince Hamzah bin Hussein, the half-brother of King Abdullah, accuses the country's leaders of corruption, incompetence and harassment.

It comes after a number of high-level arrests said to be linked to an alleged coup plot.

The military earlier denied Prince Hamzah was under house arrest.

But it said he had been ordered to stop actions that could be used to target the country's "security and stability".

The move apparently comes after a visit by the prince to tribal leaders where he is said to have garnered some support.

Prince Hamzah has denied any wrongdoing and said he was not part of any conspiracy.