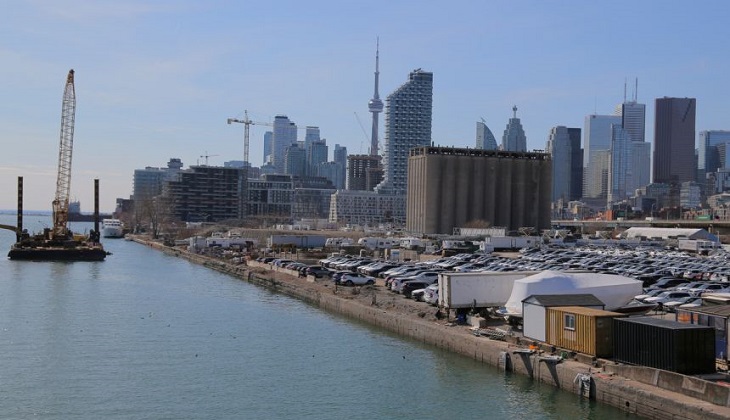 With two of its citizens behind bars in China and scant leverage of its own, the Trudeau government has been increasingly acting with others.PHOTO: REUTERS

Canada needs to adopt a united front with its Five Eyes allies on China, according to one of Justin Trudeau's top ministers who handled trade, foreign affairs and is now in charge of industry.

In an interview this week, he stressed the importance of working with partners in the spy alliance - the US, UK, Australia and New Zealand - to coordinate their approach to the rising Asian power. Important areas of collaboration include policy on critical minerals and sensitive technology, such as whether to ban Huawei Technologies from next-generation wireless infrastructure.

With two of its citizens behind bars in China and scant leverage of its own, the Trudeau government has been increasingly acting with others. Along with the US and UK, it joined the European Union in issuing sanctions this month over the mistreatment of Uighur Muslims and in February it rallied 57 other nations to sign a declaration against the use of arbitrary detention.

"It's bigger than just Canada," Champagne said via video conference Tuesday. "It's really Western democracy which is having a moment. That's why I feel that countries who share the same values and principles are keen to work together."

The minister said the new foreign takeover review rules, which are focused on "national security concerns" in technology and critical minerals, are not targeted at one particular country.

But he indicated that US and other Western allies should be less concerned about them, adding it is important for Canada to welcome investment "with eyes wide open."

So far, Canada is the only one of the Five Eyes not to ban Huawei equipment from 5G networks. Champagne said the government "should be in a position to come back to Canadians and the market in a not-too-distant future" with a decision.

Making a call on the state-championed Chinese tech giant's access to 5G "is probably one of the most consequential decisions when you think about generations to come," he said.

It's also one of the most politically delicate for the government.

Huawei is at the centre of a geopolitical feud between the US and China that's sent shrapnel Canada's way. After authorities arrested Meng Wanzhou, eldest daughter of the company's billionaire founder, in Vancouver on an American extradition request in late 2018, Beijing locked up two Canadians on spying charges.

The men, Michael Kovrig and Michael Spavor, were tried this month but verdicts have yet to be announced. With the government still deliberating, Canadian telecommunications companies are sidelining the firm in their 5G build-outs.

"When it comes to national security, you don't cut any corners," Champagne said of the process, which he conceded has dragged on for "some time." But "you do the full review, talk to the agencies, get the best advice possible and then you make the decision."