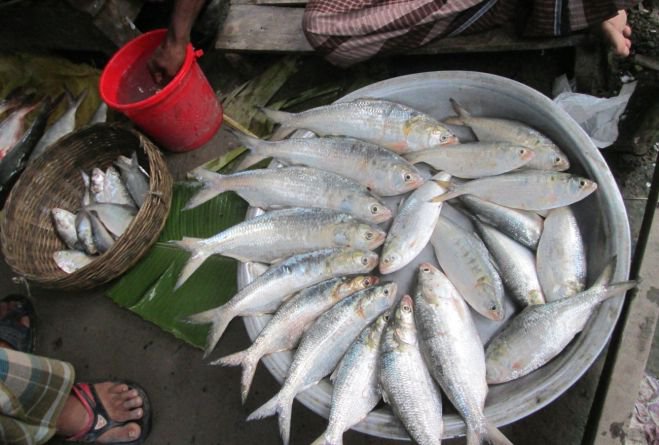 On the occasion, President M Abdul Hamid and Prime Minister Sheikh Hasina gave messages on the eve of the Jatka Conservation Week- 2021.

This week, the Ministry of Fisheries and Livestock has taken a limited programme considering the recent surge in Coronavirus, an official release said.

Coinciding the national programme, Fisheries and Livestock Minister Sham Rezaul Karim will hold a press conference at the ministry tomorrow.

A supplement will be published in different national dailies on the same day.

On the second day of the programme, the inauguration ceremony of Jatka Conservation Week 2021 will be organized.

Other central programs include – publicity and awareness creating campaigns will be organised on important fish landing centers, fish warehouses and markets in Dhaka. Awareness creating programme also will be aired in different television channels.

Mobile courts will conduct raids in hat-bazaars and fish conservation yards and areas of fishermen involved in jatka catching.

It may be mentioned that for the conservation of Jatka, fishing of all kinds including hilsa is completely prohibited in 5 hilsa sanctuaries in six districts of the country for two months from March 1 to April 30.

Under this ban, all kinds of fishing including hilsa are banned in the rivers of Barisal, Chandpur, Laxmipur, Bhola, Shariatpur and Patuakhali districts.

The Ministry of Fisheries and Livestock has provided a total of 19,502 metric tonnes of VGF rice to 2,43,778 fishermen. Each fisherman would get 80 kg rice for two months this year as part of their rehabilitation.