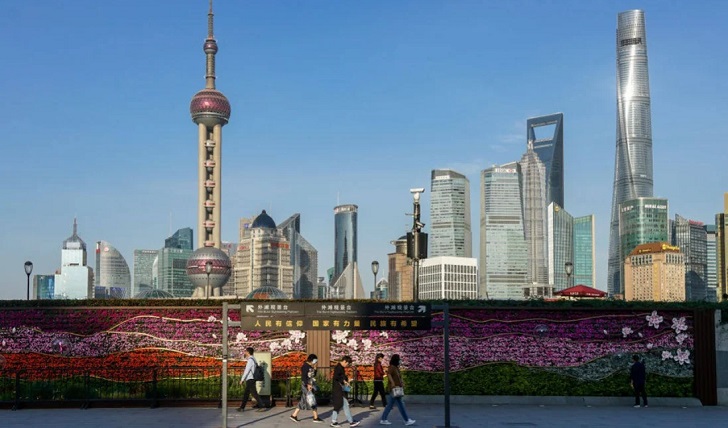 More than a third of foreign companies in Shanghai say they are considering relocation due to a plan to end foreign employee tax breaks. Photo: Getty Images

More than a third of multinational firms in Shanghai are considering moving all or part of their operation out of China or to another Chinese city when tax exemptions on allowances for foreign employees expire next year, a survey released by a US business lobby group on Thursday showed.

At the end of 2018, Beijing said tax breaks for expat allowances, including those available for language training, housing, and children’s education would be phased out at the beginning of 2022 after a three-year transition period.

The change was introduced partly to equalise benefits between local and foreign workers after the government introduced tax deductible items as part of personal income tax reform.

But as the deadline has approached, many foreign companies have become increasingly worried. Nearly 70 per cent of the 102 firms surveyed by the American Chamber of Commerce (AmCham) in Shanghai in March said the new rule would make it more difficult for them to bring highly-qualified foreign talent to the city, a hub for multinationals in China.

The lobby group estimated the change would force a multinational company to pay an additional 785,000 yuan (US$119,000) in taxes for a foreign employee with two children that received a typical allowance of 960,000 yuan for housing and school tuitions annually. The employee would have to pay extra tax of 432,000 yuan per year.

“The impact on Shanghai’s role as China’s primary business hub should not be underestimated, nor the financial impact on local communities in Shanghai, such as Jinqiao and Hongqiao, where many expatriates live and spend their earnings,” said AmCham Shanghai in a report outlining the findings.

“The initial results show a clear benefit in terms of cost and tax to move to Singapore. If we do so, our expatriates will move but all local associates working for our Asia-Pacific HQ will lose their jobs as we would hire locally in Singapore,” said one chief financial officer from a large multinational firm in the report.

“Unless Shanghai implements measures to offset these significant tax costs, we will have to relocate all our foreign talent to regions with globally competitive tax policies, such as the Guangdong-Hong Kong-Macau Greater Bay Area and will downsize or close completely our Shanghai operations,” said another chief financial officer of a mid-sized multinational in the city.

It is believed that international schools in Shanghai could bear the brunt of the tax policy change as they employ a large number of foreign staff, which would eventually drive up the cost of tuition.

One international school, where two thirds of its 291 staff were foreign, said it would increase student tuitions by at least 10 per cent to adjust to the cancellations of non-taxable allowances for foreign hires.

AmCham is lobbying for a delay of three to five years before the rule is implemented to allow companies to adjust or subsidies from the local government for higher costs.

So far, more than 70 per cent of these firms said they had not heard from local tax officials on how the change would affect their business, according to the survey.