As the Afghan peace process is internationalized, the gains of the last 20 years need to be protected 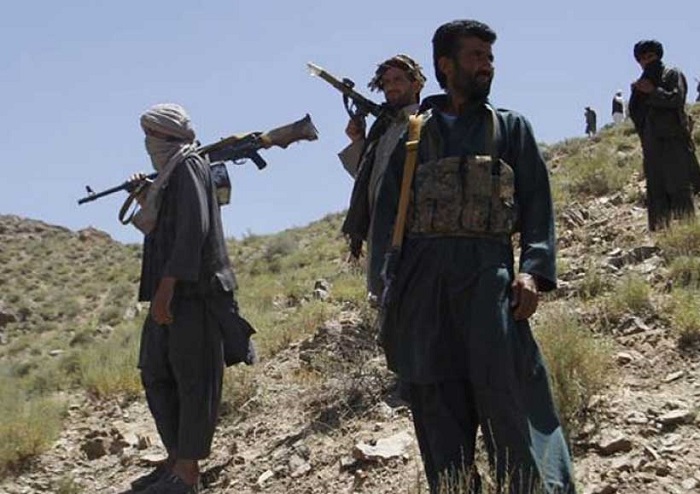 The 1 May deadline for withdrawal of all American troops from Afghanistan as per the February 2020 agreement that the Trump regime had signed with the Taliban is less than a month away. It is, however, not yet clear whether the Biden administration will, based on the review of the agreement that it is presently carrying out, actually pull out the 2500 troops that the United States (US) still has in Afghanistan by the end of this month. The eventual US decision will impact not only its relationship with all parties in Afghanistan, especially the Taliban, but also how the political landscape of the country unfolds moving into the summer and beyond. Regional countries, each with their own influences, interests and stakes in Afghanistan, will also be following the US review closely. Some regional powers have already initiated parallel steps and processes to the US-led one with the aim of thrashing out a political solution that is acceptable to all Afghan stakeholders. In the midst of the considerable uncertainty that still exists on the Afghan question, one thing that is appearing increasingly obvious to all involved sections of the international community is that unilateral efforts to bring peace and stability to the country are hardly likely to succeed.

The deteriorating security situation in Afghanistan even as the agreed-upon date for the US withdrawal fast approaches has underscored the importance of more broad-based efforts to bridge the divide between the warring Afghan factions. The Taliban believes that the best way in which it can achieve its political objectives is through the robust use of violence in the face of which it expects the government in Kabul to capitulate once the US and NATO troops are out of the way. President Ashraf Ghani’s government, on the other hand, knows that the only way it can prevent a Taliban takeover and the imposition of the Taliban’s version of Islamic rule is by resisting the military onslaught of the Taliban. For the Ghani administration, whose primary advantage vis-à-vis the Taliban lies in its being in power in Kabul, failure to repel the Taliban would be a disaster. It is not surprising then that there has been no let-up in the fighting even as talks in Doha, first between the US and the Taliban and then the intra-Afghan leg, have been ongoing. If anything, the level of violence has escalated in recent months, with Afghanistan witnessing a 15% increase in the casualty rate in 2020 year-on-year.

The bizarre milieu of talks and killings proceeding simultaneously, as is presently playing out in Afghanistan, is a direct result of the deal that President Donald Trump, in his haste to exit the country, made with the Taliban. As per the terms of the deal, the US protected its own soldiers by getting the Taliban to pledge not to attack US troops in return for the US troops extending the same courtesy to the Taliban fighters. Trump’s negotiating team, however, succumbed to the Taliban’s forceful objections to entering into a similar arrangement vis-à-vis the Afghan government forces, thereby sowing the seeds of the steady escalation of violence that is being witnessed in recent months. The Taliban has made significant gains on the battlefield, taking full advantage of the withdrawal of the bulk of the US troops that has already taken place, and is seeking to use these gains as a powerful leverage at the negotiating table with the Afghan government. Things have reached such a pass that US analysts have assessed that the Taliban today is arguably in the strongest position that it has been at any point since the US forced it from power in 2001.

For the Biden administration, which has found itself with difficult decisions to take on Afghanistan, the choice is between withdrawing completely on 1 May as mandated by the February 2020 deal or deciding to retain troops beyond that date which would mean dishonoring the agreement that its predecessor administration had reached with the Taliban. While taking the first option would carry the genuine risk of a quick and complete takeover of Afghanistan by the Taliban, the latter will almost certainly lead to resumption of hostilities against US troops by the Taliban and the country could sink into another full-scale war. It is for this reason that the mandarins and security experts in Biden’s team are struggling to come up with advice acceptable enough for Biden to announce publicly.

Recent reports suggest that the US is looking at a two-pronged strategy to get out of the logjam it finds itself in. The first element of the new approach was articulated in a letter that US Secretary of State Antony Blinken wrote to the Afghan leadership in which he encouraged them to consider a “new, inclusive government” in order “to move matters more fundamentally and quickly toward a settlement and a permanent and comprehensive ceasefire”. While pointing out that “The United States has not ruled out any option. We are considering the full withdrawal of our forces by May 1st”, Blinken’s letter added, “I am making this clear to you so that you understand the urgency of my tone regarding the collective work outlined in this letter”. Blinken went on to propose a power-sharing deal between the Afghan government and the Taliban, a full-blown ceasefire, Taliban withdrawal from seized territories, the creation of a caretaker transitional government, and the eventual establishment of a new national government through elections.

As could have been expected, President Ghani and his team were not overly enamored by the US suggestion that they step down and treat the Taliban as equal stakeholders. Ghani reacted by saying, “Be assured that as long as I am alive, they will not see the formation of an interim government. I am not like those willows that bend with the wind”. He subsequently reiterated that the only way the Taliban could get a seat on the high table was through elections. He added at an official function on 16 March that “If the Taliban are ready for elections tomorrow, we are also ready…. But I am not ready to transfer the power to my successor without elections”.

The second strand of the US strategy seemed to revolve around its keenness to internationalize the Afghan peace process. Blinken’s letter included an invitation for President Ghani’s government and Taliban representatives to travel to Turkey in April to participate in an Afghan peace conference in Istanbul to discuss the proposals outlined in the letter. Other regional countries such as Russia and China are also expected to be part of this conference. This idea appeared to appeal more to the Afghan government as it presented the possibility of leveraging the presence of the international community to exert pressure on the Taliban. The Afghan government was, therefore, quick to confirm its participation, and media reports suggest that a high-powered delegation including President Ghani, his two deputies Amrullah Saleh and Sarwar Danish, and influential former president Hamid Karzai would attend.

Another demonstration of the desire of the Biden administration to have a more broad-based approach to the search for solutions in Afghanistan came at the Afghan conference in Moscow on 18 March. US Special Representative for Afghanistan Reconciliation Zalmay Khalilzad participated in the Russian initiative despite the ongoing strain in US – Russia ties. Russia recently recalled its Ambassador from Washington after President Joe Biden agreed with an interviewer that his Russian counterpart  Vladimir Putin was “a killer” and said that Putin would “pay a price” for the alleged interference in the US elections. US State Department spokeswoman Jalina Porter said that Khalilzad’s participation was aimed to “encourage and support the peace process”, and that the Moscow conference “will complement all other international efforts to support the Afghan peace process, and also reflects the international community’s concerns about the progress to date”. Representatives from China, Pakistan and Qatar also attended the conference in Moscow.

Perhaps the most promising of the proposals on internationalization of the Afghan peace process put forth in Blinken’s aforementioned letter was his submission that the US would ask the United Nations (UN) to “convene foreign ministers and envoys from Russia, China, Pakistan, Iran, India, and the United States to discuss a unified approach to supporting peace in Afghanistan”. An initiative guided by the UN would certainly have more credibility and better odds at success, and the inclusion of Iran by the US indicates the latter’s willingness to rise above bilateral differences in the interest of Afghanistan’s stability. India’s inclusion is also important, as in addition to contributing substantially to the development of Afghanistan, it is the only country out of those suggested by Blinken that has consciously refrained from hobnobbing directly with the Taliban. India’s presence at a UN convened meet would be comforting for the Afghan government.

The slow progress and uncertainty of the Afghan peace process over the past 30 months of mainly bilateral efforts have presented a strong case for a shift to a multi-lateral format with a strong regional flavor. The realization that neither the US nor other involved heavyweights such as Russia and China can by themselves engineer permanent peace in Afghanistan seems to have dawned upon each of them. An internationally-negotiated ceasefire and subsequent internationally-mediated talks over a new constitution and an inclusive political framework could prove to be the solution to ending the fighting and paving the path to stability in Afghanistan. At the very least, an internationally mediated agreement involving countries like the US, Russia, China, India, Iran and Pakistan would have more force behind it.

As welcome as the internationalization of the Afghan peace process is likely to prove to be, it does come with its own share of risks and problems. Of particular concern to the government in Kabul and to countries such as the US and India that are averse to the prospect of total Taliban domination over Afghanistan will be the strongly pro-Taliban views held by countries such as Russia and Pakistan. Russia’s views on the Taliban were articulated by Zamir Kabulov, the Russian President’s representative for Afghanistan, in January this year. Referring to the Taliban as Afghanistan’s “national movement”, Kabulov added, “That is why we treat the Taliban as a real military and political force, which is now pursuing its goals mainly by force”.

Pakistan, which has been the Taliban’s main benefactor throughout its existence, remains its strongest supporter today. Pakistan’s backing of the Taliban is so steadfast that despite data suggesting that the latter is responsible for the vast majority of the violence and the killing of civilians in Afghanistan in recent years, Pakistani Foreign Minister Shah Mahmood Qureshi after a recent meeting with a delegation of Taliban leaders sought to downplay the Taliban role in stoking the violence by saying that it was not the responsibility of the Taliban alone to reduce violence. While Pakistan seeks to enhance its influence and role in Afghanistan through the Taliban, Russia’s main aim is to ensure that the US and NATO have minimal influence in post-war Afghanistan.

The moves to internationalize the Afghan peace process need to be lauded, but with the caveat that a few countries involved in the process should not be allowed to sabotage the aspirations of over half the population of Afghanistan that was born after the Taliban was overthrown in 2001 and who subscribe to a socio-economic ethos that is a far cry from the brutality that the Taliban enforced in the period that it held power.