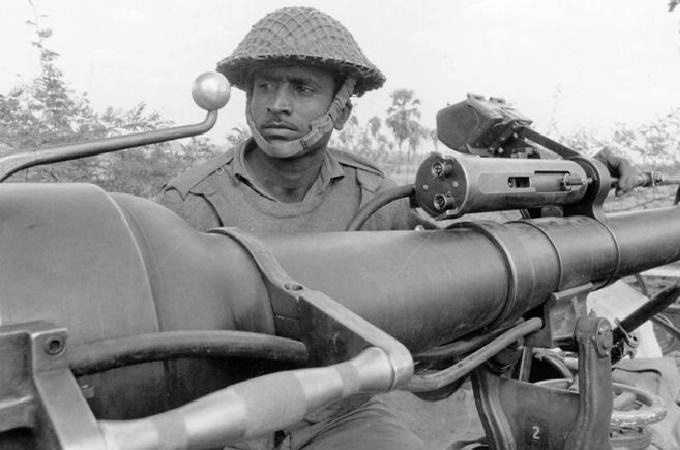 NEW DELHI: Pakistan’s role in brutalising the population of then East Pakistan in 1971 has once again come to haunt them and sent shockwaves across the world following the release of movie ‘Children of War’ that hit theatres in the city last Friday.

"Children of War" revolves around civilians caught in the nine-month conflict which pitted Bangladeshi independence fighters against Pakistani Army.

The movie had not only a major impact on the cinemagoers but also on the human rights bodies in India and Bangladesh who are now planning to write to the US Congress, UK House of Commons and UN Human Rights Council urging them to watch the movie. The film understandably has been banned in Pakistan.

The human rights bodies would urge the decision makers in the US and UK to demand that the fundamentalist groups and members of Jamaat-e-Islami, which collaborated with the Pakistan Army in orchestrating the genocide in 1971 be brought to justice at the earliest. 400,000 Bangladeshi women who were raped, three million people killed and the 10 million refugees sought refuge in India.

The movie made in Hindi has been dubbed in Bangla and released across nearly 16 cinema halls across Bangladesh at Dhaka, Rajshahi, Sylhet, Joydebpur and Tangail also on May 16. The Bangla title of the movie is ‘Juddho Sishu’. It has evoked strong reactions and left audiences spell bound and numbstruck. It has created a sense of anger in the population of Bangladesh who are now asking for speedy trial of Jamaat leaders who collaborated with the Pakistani Army in 1971. In some theatres across Bangladesh, radical elements representing the Jamaat & fundamentalist Hefazat-e-Islam tried to disrupt screening by indulging in noisy slogans and mid-show walkouts.

Top leaders of Jamaat-e-Islami are currently being tried by the Sheikh Hasina government in Bangladesh for their role against the freedom struggle in 1971.

“Children of War” revisits the Bangladesh war of liberation in 1971 it recreates the horrors of those times when suddenly a whole civilization was threatened with extinction. The director spares us none with the details. The unannounced midnight-knock by a Pakistani Army officer and the graphic rape that follows, the brutal killing of refugees and use of rape as a political tool has never been portrayed like this before.

The movie begins in March 1971 and covers a period of nine months showcasing the atrocities and the crude inhumane methods adopted by the military of West Pakistan. With the support of the Americans and the Chinese the Pakistani soldiers go on a rampage killing and raping hundreds of thousands of men and women in erstwhile East Pakistan.

The movie is about the resilience of the Bengalis and their fight for a free and just nation. Intercutting between the emotion flowing on Bangladesh’s streets today and the events that took place in 1971 the characters of the film tell a gut wrenching emotional story of the birth of a nation, emphasizing that the struggle was never between two religions but between extremists and liberals in every religion.

Directed by Mritunjay Devrat, ‘Children of War’ also features late Farooque Shaikh, Indraneil Sengupta, Victor Banerjee, Raima Sen and Tilotama Shome."The film looks at human stories and personal stories of how they suffered and how they came out victorious. It is a largely fictional film made up of true stories," narrated Devvrat.

The film, initially called "The Bastard Child" but changed on advice of India's censor board, shows women tumbling out of the back of a truck into a rape camp. In another scene, an orphaned child cries beside a river of blood. "Not many people know much about Bangladesh or care about it," said Devvrat, who grew up partly in Bangladesh while his parents were working there. "The aim of 'Children of War' is to change that and make people understand, among other things, why there are so many Bangladeshis in India," he said.