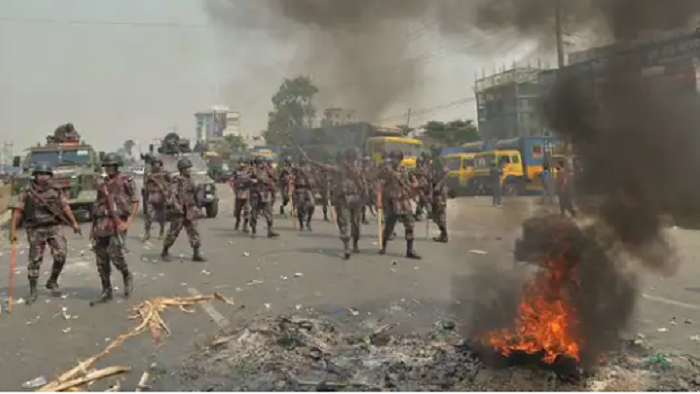 The violent protests in Bangladesh over Indian Prime Minister Narendra Modi’s visit last week was the first major action by Islamist hardline group Hefazat-e-Islam after Junaid Babu Nagari took over the radical group in November last year and had been trying to make his mark, people familiar with the matter said. Babu Nagari, a Hadith scholar who studied in Pakistan’s Jamia Uloom-e-Islamia for four years, elevated himself as the group’s chief at the end of a bitter power struggle that peaked after the death of its amir Shah Ahmed Shafi in September last year.

At least 13 people are confirmed to have died in the protests and scores are injured after security forces cracked down on demonstrators across Bangladesh over the past week. The protests had started on Friday from a prominent mosque in the capital city of Dhaka before spreading rapidly.

Over the three days, supporters of Hefazat-e-Islam clashed with the police and later, pro-government protesters at multiple locations blocked highways, burnt vehicles and attacked a passenger train. Five people died on Friday, the day PM Modi landed in Dhaka, another six the following day and two more on Sunday during the nationwide general strike called by the group.

The radical group has given a nationwide strike call on April 2 to protest the police crackdown in what, an Indian official said, was a continuing effort to radicalise Bangladeshi society by its potent mix of religion and power politics.