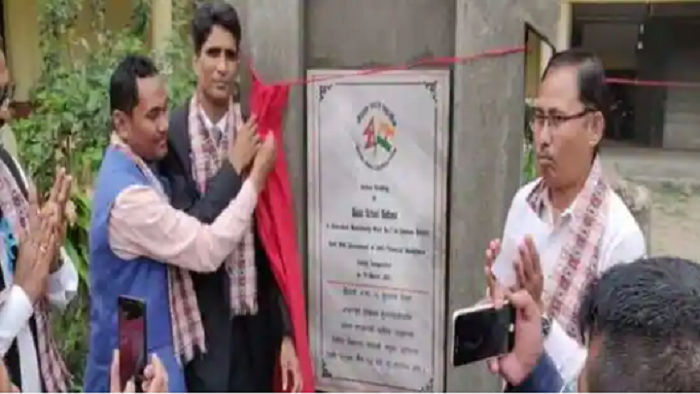 As part of efforts to boost the education sector in Nepal, a new building for the Shree Rashtriya Primary School in the Chitwan district has been constructed with assistance from India.
An Indian Embassy release said that the building was constructed as part of development cooperation between India and Nepal.

The new building was jointly inaugurated on Wednesday by Nitesh Kumar, Consul General of India in Birgunj and Manejer Chaudhary, Chairman, Ward No.7, Khairahani Municipality, Chitwan.

"The Government of India's grant under 'Nepal-Bharat Development Cooperation' was utilized for construction of double-storey school building having 12 classrooms and sanitation facilities," the release said.

The project was taken up as a high-impact community development project under an agreement between the government of India and Nepal.
The Shree Rashtriya Primary School was established in 1973 at Sultana, Chitwan. However, the school was completely ruined by floods in 2004.

India's financial assistance for the school building is aimed to benefit the community children and boost their learning experience. The building has been built keeping in mind the needs of the school.

The project is a reflection of India's development partnership with Nepal and complements the effort of the government of Nepal in augmenting infrastructure in the field of education, the release added.