Around 50,000 visitors in 5 days! Asia's biggest Tulip garden a major hit in Srinagar 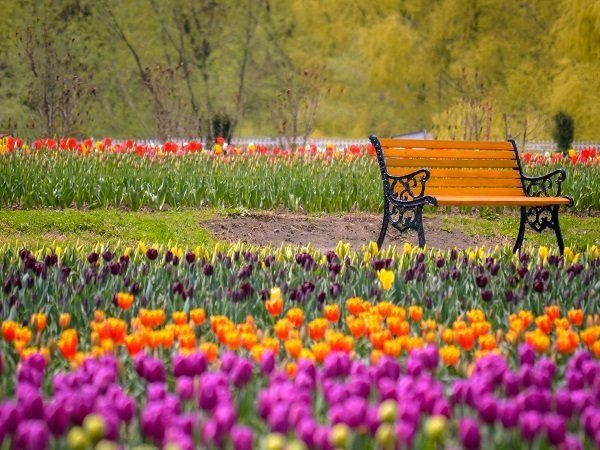 Srinagar: Asia's biggest Tulip garden, located on the foothills of Zabarwan mountain range, became a huge hit among people in Srinagar. Around 50,000 people visited the garden in 5 days, officials said on Tuesday.

Spread across 35 acres of land, the garden has around 15 lakh varieties of Tulips. It was officially opened on March 25 by Baseer Ahmed Khan, the advisor to the Lieutenant Governor (LG). Volunteers were also deployed in the area to ensure that all COVID-19 norms and SOPs were followed in the garden.

'Full Tulip bloom yet to happen'

On the first day, 4,500 people visited the garden. An official from the Floriculture Department said, "In the past five days, almost 48,000 visitors including domestic and foreign tourists visited the garden. The full Tulip bloom is yet to happen and in the coming few days, the garden will present a breathtaking view."

An official in the Tourism Department said that they will organise a multi-day Tulip Celebration Festival in the first week of April, Kashmir Observer reported. By that time, the Tulips will be in full bloom, attracting more tourists and visitors.

Ahead of the festival, sound and lighting systems near the Sher-i-Kashmir International Convention Centre and the Hari Parbat Fort were also maintained.