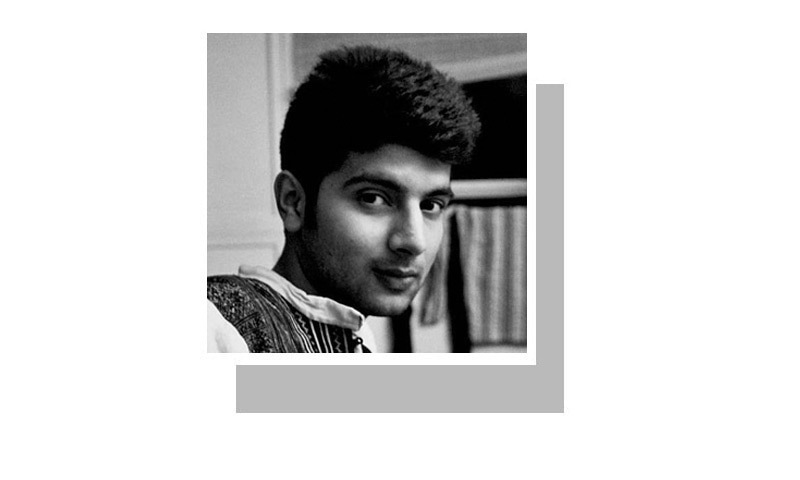 With every successive Aurat March, antagonism against the movement is becoming more and more venomous. It appears that all it takes for patriarchy to unravel and become entangled in its own contradictions is the mere sight of women congregating in public, chanting about nothing more than freedom and agency and bodily autonomy. This year, however, the vitriol transcended all bounds of sanity, to the point that its detractors turned to the most dangerous trick in this country — manufacturing blasphemy.

What took place was no misunderstanding but a series of deliberate lies, calculated solely to rouse public sentiment and elicit some sort of violent or perhaps even fatal reaction. First, a video of the protest in Karachi was doctored with heretical subtitles and widely disseminated on social media. Then, a tragic account of child sexual abuse was perverted into something sacrilegious. And finally, the banner of the Women’s Democratic Front (a recently-formed feminist organisation) was ridiculously branded as the French flag, including by so-called ‘senior’ journalists, some of whom appear to be so lost in the world of conspiracy theories that their eyes no longer distinguish between the plainest of facts — like the difference between the colour purple and the colour blue.

Thankfully, the narrative was corrected before it could spiral out of control —mostly due to the very timely intervention of the organisers, participants and allies of Aurat March, all of whom diligently worked on debunking these malicious claims. Despite their earnest efforts, cyberspace still abounds with death threats, the TTP has painted a red target on future marches, and most recently, a sessions court has even ordered that an FIR be registered against the protesters. Meanwhile, the government has done nothing but fumble and bumble with empty promises to ‘probe’ the incident.

As fortunate as it is that no immediate harm has occurred, complacency would be a mistake. This is cause for deep reflection. As citizens, we must use this shocking ordeal as an opportunity to educate ourselves about the nature of blasphemy laws in our country, the manner in which they have been fashioned into a blade, and brandished, not merely by the state but also by bloodthirsty mobs, self-righteous vigilantes and of course, vested interest groups, who either capitalise upon these laws for political mileage or use it to clamp down on alternative views.

This episode has laid bare the ease with which allegations of blasphemy are levelled in the country, and the sheer impunity with which those making such accusations can operate. Moreover, it has exposed the greed and eagerness with which people happily jump onto the blasphemy-allegation bandwagon — be it for television ratings or social media likes or other, more nefarious designs.

Blasphemy is no ordinary crime. It inflames passions to such an extent that if precedent serves correct, one may be mauled, lynched or even burnt alive on account of mere suspicion. For those who do make it to trial, safety is still no guarantee — as Taqi Shah discovered only a few days prior, having been axed to death in broad daylight. Even after securing an acquittal, public vindication is rare, with victims like Rimsha Masih and Aasia Bibi being forced to relocate to safer harbours.

The question is often asked: what do we do about people who fabricate such claims? Some quarters have long pressed for the creation of a specific offence for this purpose, punishable by death. This may well turn out to be an exercise in futility, for providing false testimony in such cases is already a capital crime under Section 194 of the PPC — the state is simply too scared or too disinterested to pursue this course of action. Besides, in an environment arrested by mob mentality, what we need to desperately address is the runaway narrative around this issue, one that incites the flame in the first place.

A deeply unsettling myth has been erected — that the laws criminalising blasphemy are in some form of danger, in need of ‘activists’ like the late Khadim Hussain Rizvi and his ilk to safeguard its exalted status. This is a perilous misconception. It subverts the living reality of this nation by positioning the Muslim-majority of the country and its state-sanctioned law as a hapless victim, as something in need of activism in the first place. Nothing can be further from the truth. Blasphemy laws are an entrenched part of our Penal Code. They require no crusaders for their protection. What they do require is serious dialogue and discussion, not only over their misuse, but also over their form, language and content.

It is time for course correction. The state must develop a counter-narrative. A good starting point is to forge an immediate consensus amongst religious scholars of various sects, one that clarifies at least three things in particular: firstly, that extra-judicial violence in the garb of ‘love’ for Islam or the Prophet (PBUH) is unacceptable in any form; secondly, that those who take this law into their own hands are neither ‘ghazi’ nor ‘shaheed’; and thirdly, that the blasphemy laws currently in vogue are legislative products, and thus, subject to both amendment and repeal by parliament.

This last point will undoubtedly ruffle feathers, but only because popular sentiment mistakenly believes that any debate on the subject is tantamount to heresy. I imagine Hanafi jurists would have strongly disagreed, having long maintained that blasphemy is pardonable, and that a non-Muslim may only be subjected to discretionary punishment for the offence — jurisprudential positions that starkly contradict the laws imposed today, which leave zero room for forgiveness and mandate use of the death penalty instead. We are a deeply polarised people, and the only possible way forward is to first normalise discourse over this subject.

As for the vicious assault on Aurat March, we should count our lucky stars that the engineered nature of this particular fire was revealed in time, and as we do so, we must also bear in mind that at times, luck and its finite set of stars are simply nowhere to be found. Then, there is only darkness.

The writer is a barrister.