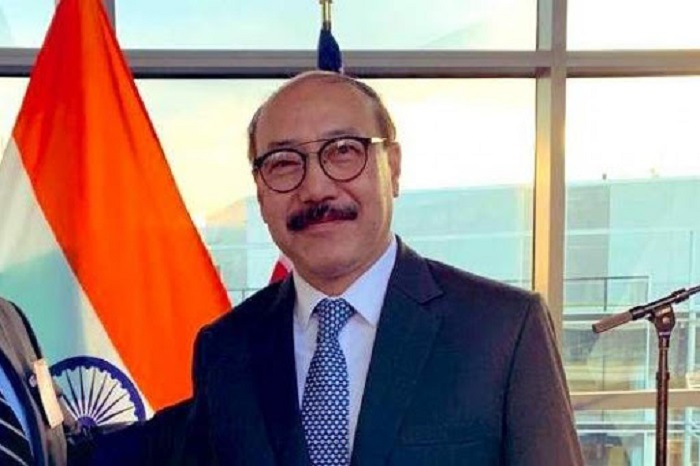 Shringla is on a two-day visit to Sikkim and he will deliver 'fourth global lecture ' on the topic ‘Locating Northeast Region in India’s Foreign Policy’.

The event is being organised by the Department of International Relations at Sikkim University in association with the Ministry of External Affairs.

Recently, the Indian Prime Minister and his Bangladesh counterpart Hasina in their bilateral talks stressed the importance of connectivity, especially air connectivity, with different cities of Bangladesh and northeast India.

Hasina also agreed to allow Chattogram and Sylhet airports for India and Bangladesh airlines. There is a proposal to connect Sylhet with Bagdogra and Gangtok which may be announced on Friday.

Sikkim, by virtue of sharing direct international borders with China, Nepal and Bhutan and located in the close proximity of the strategic Siliguri  Corridor adjacent to Bangladesh, remains one of the most important focal points of India’s Act East Policy.

It is one of the leading states in the northeastern region with three times the average national per capita income and high level of socioeconomic development.

The Indian government’s emphasis on development of the region by harnessing the local resources puts Sikkim in a favourable position to accelerate itself to a higher growth trajectory.

Shringla during his previous stints as a senior officer at the Ministry of External Affairs and then as India’s Ambassador to Thailand and High Commissioner to Bangladesh was instrumental in improving regional connectivity of the northeastern state with the neighbouring countries and the ASEAN region.

Sikkim can significantly benefit with the rapidly growing road and rail networks connecting the northeastern region to the East and Southeast Asia, one of the most economically dynamic parts of the world.

During his visit to the state, the foreign secretary will call on Sikkim governor Ganga Prasad Chaurasia apart from meeting other high-level officials