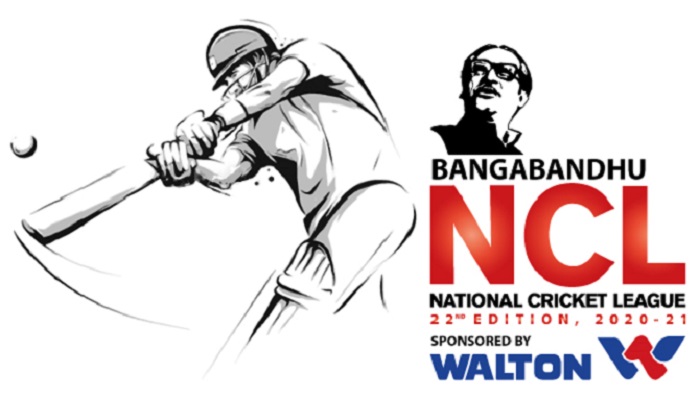 Bangladesh Cricket Board on Thursday decided to postpone the ongoing 22nd National Cricket League due to the rise of coronavirus cases in the country.

“We have decided to postpone the league keeping the safety measures of our cricketers, coaches and other staff in mind,” BCB chief executive officer Nizamuddin Chowdhury said.

“We are yet to make any decision on scheduling the remaining matches. Hopefully, the situation will be better soon and we will be able to complete the league,” he added.

Bangladesh recorded the highest number of Covid-19 cases on Thursday as it infected 6,469 new cases in the past 24 hours while it claimed the lives of 59 people during the same period.

The third round of the NCL was expected to take place from April 5.

The second round of the NCL ended on Thursday with Rangpur Division winning their first match in the league against Khulna while the other two matches between Sylhet vs Dhaka and Chattogram vs Dhaka Metropolis finished in draw.

BCB earlier decided to host the third round of the NCL in two venues - Cox’s Bazar and the BKSP- in bio-bubble environments but they had to change their stance after the government declared movement restriction in many areas of the country.

“We had to postpone the tournament (NCL) for the time being as there is movement restriction in Cox’s Bazar. We will at least need two venues to complete the tournament considering it is a two-tier tournament so getting only BKSP won’t be enough for the tournament progress,” a BCB official told The Daily Sun, requesting anonymity.

Pacer Mukidul Islam was named man-of-the-match for his career-best first-class bowling figure of 12-131. Rangpur earlier made 364 runs in their first innings while Khulna scored 221 and 259 runs respectively.

Sylhet set Dhaka a target of 310 runs on the final day after they were bowled out for 219 runs in their second innings while resuming on 183-6.

Enamul Haque Jnr took three quick wickets as Sylhet reduced Dhaka to 116-5 but the man-of-the-match Shuvagata Hom (20 not out) and Arafat Sunny Jnr (13 not out) played out the remaining overs to force a draw in Cox’s Bazar. Saif Hassan made the highest 64 runs as Dhaka made 147-5 in their second innings.

Chattogram declared their second innings on 234-6 to set Metro a target of 370 runs.

Metro reached 148-2 with Zahiduzzaman and Azmir Ahmed making 61 not out and 47 runs respectively as the match finished in a draw.

Pinak Ghosh was named the player of the match for his first-innings hundred.