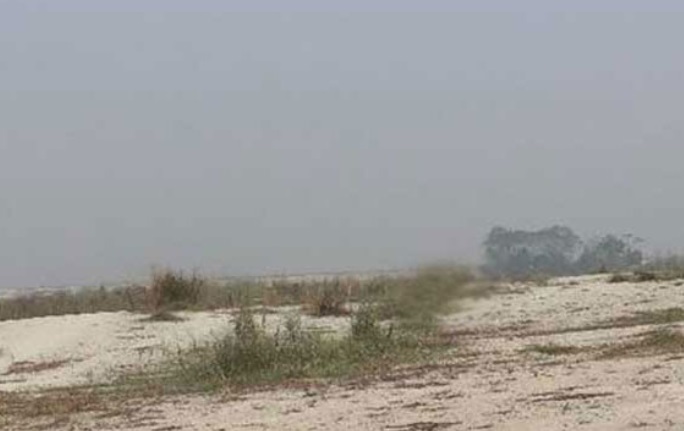 An unscrupulous real estate company is swindling unsuspecting people out of crores of Taka in the name of selling plots at a throwaway price on the outskirts of the capital.

Enticed by attractive advertisements of selling plots at a price 10 times less than the current market price, hundreds of people are reportedly losing their last resorts only to become paupers, sources said.

Welcare Green City, a housing project shown to be located near Purbachal New Town Project and Jalshiri Abason of Army Officers’ Housing Scheme, is being used as a tool to exploit people.

The owner and management of the project are attracting customers by posting 3D pictures on social media sites and publishing advertisements in newspapers.

To attract customers, the company in its Facebook page uses the tag “Rajuk Registered/Jagrik/REHAB/ Purbachal 300' Road & Along with Army Housing (Jalshiri) & Adjacent to Aftab Nagar. #Filling the sand.”

Welcare reportedly offers a plot at Tk 4-5 lakh per katha which costs Tk 60-80 lakh in other housing projects in the area.

Meanwhile, the company arranged a four-day fair at Uttara in the capital starting on Thursday to attract more customers and expedite its cheating business. It is enticing customers to buy plots with a 50 per cent discount at the fair and Tk 4-5 lakh per katha for VIP plots.

According to sources, Welcare Green City project is yet to be approved by Rajdhani Unnayan Kartripakkha (RAJUK) and the Department of Environment (DoE).

The so-called realtor has published brochures, leaflets and signboards claiming that its project is registered with RAJUK. The company is doing publicity of the registration certificate which is actually not the approval of the project.

The law prohibits the advertisement of any project in print and electronic media before getting approval from the authorities concerned.

If a realtor publishes advertisement before getting approval of the housing project, he/she will be liable to serious punishment. Besides, the authorities have the authority to scrap the registration of a project.

The Private Residential Land Development Rules 2004 require approval of a project before publication of advertisement in any form and sale of plots.

The Real Estate Development and Management Act, 2010 prevents a realtor from advertising and selling plots before getting approval of the project and legal status to perform registration of deed. Infringement of this law will results in jail for two years and fine to the tune of Tk 10 lakh.

Welcare Green City authorities are committing all of these offences. They are publishing lucrative advertisements and showing site map of the unauthorised project.

A picture of the RAJUK registration certificate is being published in the brochures by the company to befool customers about the legitimacy of the project.

Water bodies and deltaic land are being filled for the Welcare Green City project.

Venting their resentment, many customers said they have been cheated by the company which is failing to hand over plots.

Talking to his correspondent, Mahbub Hossain, deputy manager of the project, claimed that they have approval, but he could not show any document.