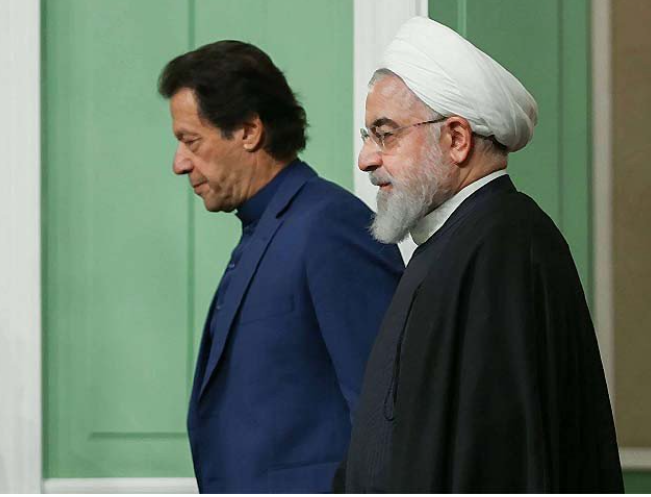 Pakistan is the third party that stands to gain the most from the Chinese-Iranian Strategic Partnership deal that was just clinched this weekend. According to reports, Beijing plans to invest upwards of $400 billion into the Islamic Republic’s economy over a 25-year period, with a specific emphasis on energy and infrastructure. Without any exaggeration, one can rightly describe this as a much-needed lifeline that will likely ensure the West Asian country’s long-term stability in the face of crushing American sanctions and increased US-led regional military pressure from its GCC and “Israeli” rivals.

It’s in Islamabad’s interests not only to see to it that the larger neighbourhood remains stable, but also to enhance its regional connectivity with all interested countries through the state’s new grand strategy of economic diplomacy that was unveiled earlier this month during the inaugural Islamabad Security Dialogue. Considering the fact that Pakistan hosts the Belt & Road Initiative’s (BRI) flagship of the China-Pakistan Economic Corridor (CPEC), it’s only natural that this megaproject expands westward into Iran as a result of China’s reportedly promised investments there.

This would advance the regional integration vision that I’ve previously described as W-CPEC+, with the “W” referring to CPEC’s western expansion, in this case overland through Iran en route to Azerbaijan, Turkey, and eventually further afield to Russia and the EU via those two pivotal transit states respectively. While Chinese-Iranian economic relations will continue to be dominated by the energy sphere, their inevitable diversification into other domains will lead to more bilateral trade being conducted across CPEC. Pakistani entrepreneurs can easily take advantage of this to enhance their own trade ties with both countries.

Keeping the ambitious W-CPEC+ vision in mind, one can also begin to talk about its long-term geopolitical dimensions. Azerbaijan, Pakistan, and Turkey have greatly strengthened their trilateral coordination with one another since Baku’s glorious victory in last year’s Patriotic War. It would immensely benefit their relevant interests if their relations with Iran improved as well considering the fact that the Islamic Republic provides the most logical means for more closely integrating the western (Azerbaijan, Turkey) and eastern (Pakistan) halves of this emerging bloc.

W-CPEC+ is the best opportunity for bringing this about, which could eventually result in the emergence of a broader regional integration network comprised of all four countries that could tentatively be described as TIPA after their initials. The Chinese-facilitated rise of TIPA via W-CPEC+ could profoundly impact transregional geopolitics by creating a belt of powerful and economically stable Muslim-majority states straddling the frontier of West and Central Asia. The Economic Cooperation Organisation (ECO) that those four Muslim-majority states participate in could also become more significant, especially if China is bestowed the honour of observer status.

Taken together, the economic and geopolitical dimensions of the Chinese-Iranian Strategic Partnership stand to be nothing short of game-changing, though it’ll of course take time for these expected benefits to unfold. The four complementary factors influencing these scenarios are CPEC, W-CPEC+, the recently improved trilateral coordination between Azerbaijan-Pakistan-Turkey, and Iran’s inevitable incorporation into the former in order to create the TIPA regional integration network. All of these are poised to combine in mutually beneficial ways that will unleash the power of the Eurasian Century and consequently improve Pakistan’s pivotal role within it.