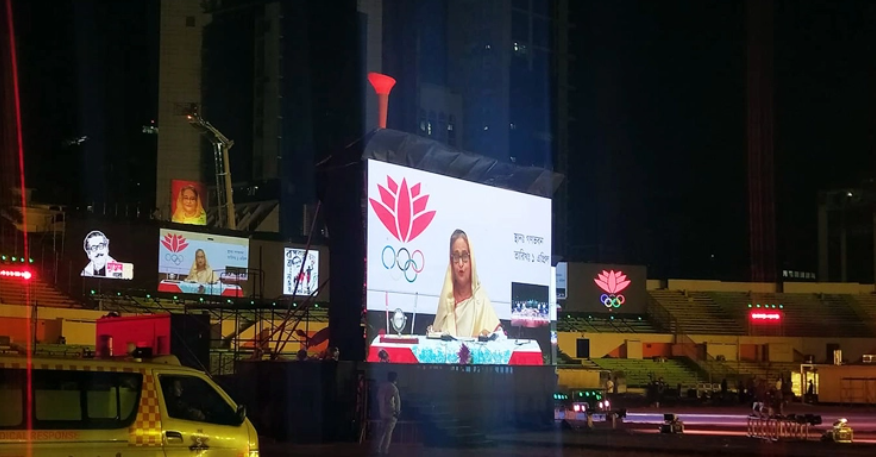 She joined the inaugural ceremony from her official residence Ganobhaban virtually in the evening.

Bangladesh Olympic Association (BOA) is organising the Bangladesh Games at 29 separate venues across the country.

Addressing the opening ceremony, Prime Minister Hasina urged all athletes of 31 sports disciplines of the Games to make themselves fit enough to compete in the Olympics in the future.

“Alongside showing your skills in (9th Bangladesh Games), make yourselves properly fit to participate in the Olympic Games anywhere in the world in the future,” she said.

She said the government will take steps to arrange international training to make sportspersons prepared so that they can take part in some events of the Olympic Games. “We want to develop our athletes in such a way,” she said.

The PM urged all the athletes to follow the health protection rules as it is being held amid the Covid-19 pandemic.

She also asked the organiser to pay attention so that health rules are maintained during the Bangabandhu 9th Bangladesh Games.

A total of 5,300 athletes from 31 different disciplines will compete for 1,271 medals in 378 events in the Games that will take place till April 10 next.

The last edition of Bangladesh Games took place in April 2013.

An audio-visual presentation was made highlighting the country’s sports in the function.

The 9th edition of Bangladesh Games was initially scheduled to take place in April last year but was postponed due to the COVID-19 outbreak.