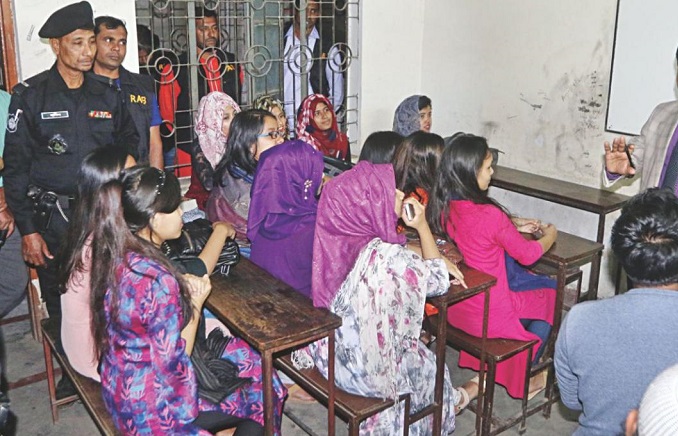 Executive Magistrates of the district administration Ishrat Jahan and Nasim Reza conducted the raid at Sunlit Ideal School and Coaching center in Jaleswaritala area in the district this morning.

During the raid, a total of four teachers of the coaching center were fined Taka 15,000 each on charge of carrying out the coaching business and endangering the community.

Executive Magistrate Nasim Reza told journalists that the number of corona infected people is increasing each day as people are reluctant in maintaining health guidelines.

The district administration is conducting mobile court to create awareness among people about the spread of COVID-19.

Later, the court sealed off the coaching center.