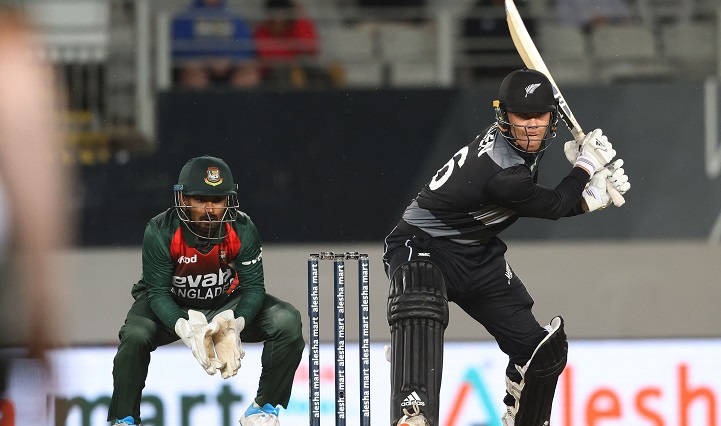 Bangladesh won the toss and elected to bowl in a rain-hit Twenty20 International against New Zealand at Auckland's Eden Park on Thursday.

With the start of play delayed by two hours due to persistent rain, officials shortened the match to 10 overs an innings.

"We're hungry to win because we've never done that here, so we're looking forward to this match," he said.

Bangladesh have left out Mohammad Saifuddin, Mohammad Mithun and Mahmudullah in favour of Najmul Shanto, Musaddek Saikat and Rubel Hossain.

The Blacks Caps have called up Todd Astle and Lockie Ferguson in place of Ish Sodhi and Hamish Bennett.