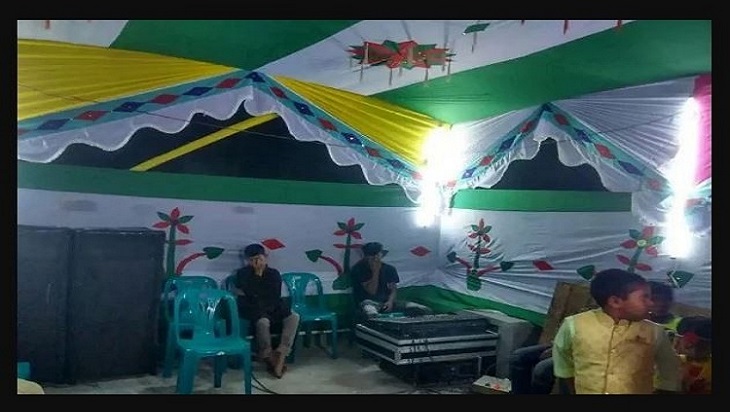 Two youths were killed and at least 20 injured in a clash between two groups over teasing girls at a 'Gaye Holud' programme in Cumilla on early Thursday.

The incident took place around 1:00am in front of Abdullahpur Insaf Marcket in Rasulpur union of Debidwar upazila.

The deceased were identified as Saiful Islam, 20, son of Habibur Rahman of Abdullahpur village and Fahim, 19, son of Renu Miah of the same village.

Amir Ullah, assistant superintendent of Brahmanpara circle police, said the clash broke out at the house of a local resident where a 'Gaye Holud' programme, a pre-marriage ritual, was organised on Wednesday evening.

"As girls and boys were showing off their dance moves at the programme, a group of youths from the neighbouring Gunjar village in Muradnagar upazila crashed the haldi function and started harassing the girls on the dance floor," the officer said.

This led to an altercation between the boys on the dance floor and the group of youths, Amir said. "Subsequently, the youths were driven out of the house by the owner."

The group left the spot only to come back again with more youths from Gunjar village. "Around 1 am, residents of Abdullahpur village caught the outsiders, triggering the clash," the police officer said.

While two youths of Abdullahpur died in the clash, those injured have been hospitalised. "Four of the 20 injured have been shifted to Cumilla Medical College and Hospital. The death toll may rise as the condition of three is said to be critical," Amir said.