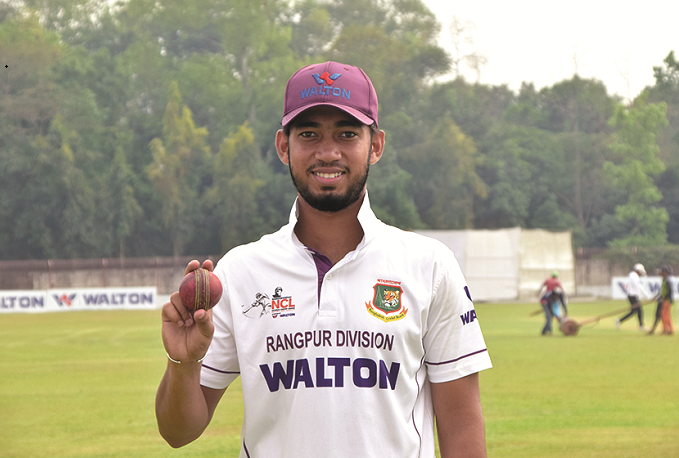 Rangpur Division are eyeing to register their first win in the ongoing 22nd National Cricket League as they need 101 runs on the final day with 10 wickets in their hands after bowling Khulna Division all out for 259 runs in their second innings in Rangpur on Wednesday.

Asadulla Al Galib made unbeaten 74 runs as Sylhet Division took a lead of 273 runs over Dhaka Division as they made 183-6 in their second innings in the other tier-1 match in Cox’s Bazar.

Left-arm spinner Hasan Murad claimed a five-for as Chattogram Division bowled Dhaka Metropolis out for 267 runs in their first innings to take a 135-run first innings lead in a tier-2 match in Cox’s Bazar.

Pacer Mukidul Islam claimed 6-67 in the second innings and finished with a career-best first-class bowling figure of 12-131 to dismiss Khulna cheaply again in their second innings after they resumed on 4-1 on the third day.

Dhaka Metro opener Zahiduzzaman scored 71 runs but none of the others could provide good support as Dhaka Metro were bowled out for 267 runs after resuming on 132-3.

Chattogram ended the day with 43-1 in their second innings, extending the lead to 178 runs.