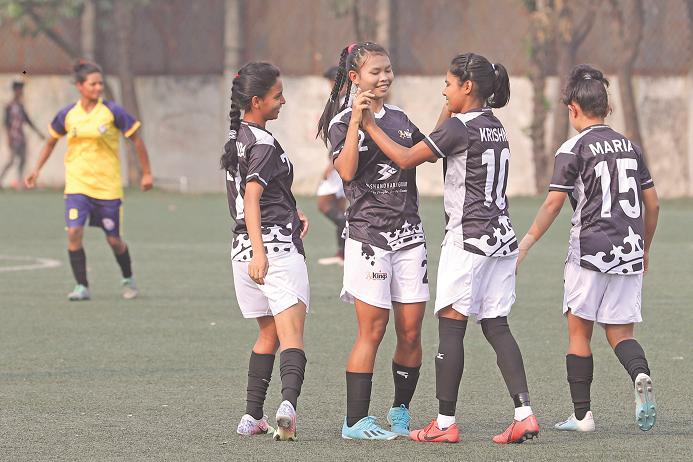 Forward Sirat Jahan Sopna added two in the 74th and 79th minutes for the team while Kings captain Sabina Khatun contributed one in the 31st minute in the day’s goal-fest match.

Kings newly appointed head coach Abu Faysal Ahmed told The Daily Sun after getting the massive win that the victory will boost his side with huge confidence for the next matches.

“We were quite sloppy in the first half but found the rhythm in the second half of the game. We got just two weeks for preparation, players need some more time to get back the proper fitness,” Faysal said.

Kings will play their next matches against Kachijhuli Sporting Club on Sunday at 5:30pm and FC Brahmanbaria on April 9 at 1:30pm, both at the same venue.

Kings clinched the title in their first appearance in the 3rd WFL 2020. The big-budgeted club maintained all win records and bagged full 36 points with 12 consecutive wins from 12 matches.