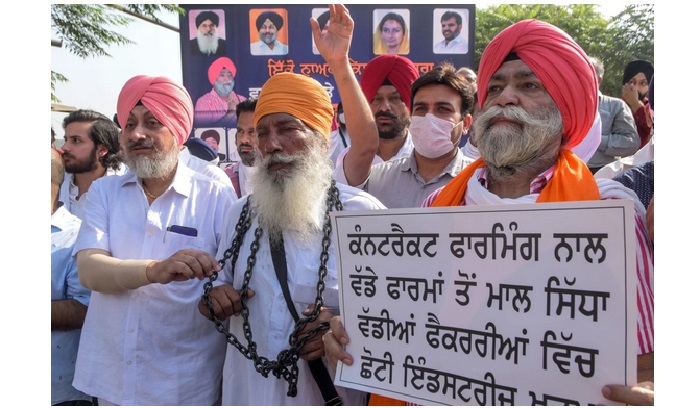 In 2018, tens of thousands of poor farmers flooded cities all across India calling for government action to ease their difficult lives. Their immediate demands were higher prices for their output and loan waivers for their debts. With elections looming in 2019, pundits predicted serious problems at the polls for Prime Minister Narendra Modi and his Bharatiya Janata Party (BJP). Modi offered the farmers limited price supports but held the line on loan waivers. Instead, he promised to implement structural reforms after the election. The opposition Indian National Congress countered with a promise to “waive all farm loans” across the entire country—an expensive solution decried by economists as a populist magic wand.

When the test came, Modi’s BJP won in a landslide. One year later, the Modi government finally responded to farmers’ concerns with structural reforms intended to permanently raise agricultural incomes by giving farmers access to better prices from wider markets beyond their home districts—that is, with the 2020 farm acts. Rammed through the Indian Parliament in September on voice votes with little opportunity for proper legislative scrutiny, the three bills sparked pandemonium in the upper house. But that was nothing compared with the scenes in the streets.

Though opinion polls document broad popular support for Modi’s farm reforms, they have drawn some of India’s richest farmers onto the streets of Delhi and into the world’s media spotlight. That’s right: India’s better-off farmers, or at least farmers from those parts of India with the largest farms and the highest farm incomes.

Despite what activists and Western celebrities supporting the protests would have us believe, most of those who’ve been protesting the new laws since September aren’t drawn from the ranks of marginalised subsistence farmers driven by debt and despair to the edge of suicide. They represent instead the politically powerful and heavily subsidised remnants of India’s traditional landlord caste. These farmers fear that the laws will help large agribusinesses undermine the current state-directed system for buying farm produce and ultimately lead to the dismantling of the price support system on which they depend. They are demanding that the government repeal the reforms and guarantee the future of price supports.

At the center of the controversy are Modi’s three new farm laws. The first allows farmers to sell their produce outside their local area if they think they can get a better price than that offered by their local government-run markets. The second and most controversial allows farmers to engage in contract farming by selling their produce in advance—a widespread practice in the West but sensitive in India because of the potential for abuse. The third allows private distributors to set up large-scale warehouse operations without fear of being prosecuted for hoarding food.

The overall goal of the reforms is to transform Indian agriculture from a locally managed rural economy into a modern national industry. They will allow small farmers to specialise in niche crops that can be marketed nationwide through large-scale wholesalers. They will also create new risks, as farmers are transformed into entrepreneurs. Neither the risks nor the rewards will immediately affect the livelihoods of the protesting farmers. Their subsidies and support structures will remain in place, at least for now. But the reforms will upset rural hierarchies and undermine traditional ways of life—thus threatening the power base of a group that has dominated northwest India’s politics for more than two centuries.

Delhi’s farm protesters mainly hail from the Jat community, a caste group that spans northwest India and eastern Pakistan, covering the entire area of the old Punjab province of India before Partition. The Jats were historically an agricultural and military caste, analogous to the yeoman farmers of medieval England. In modern India, that association persists, whether or not individual Jats work in agriculture. Jats are mainly concentrated in Haryana where they are predominantly Hindu and Punjab where they are predominantly Sikh, while most Muslim Jats now live in Pakistan.

Jats make up a relatively small proportion of India’s total population, but their concentration in Haryana and Punjab, and their association with the land, makes them locally powerful in these two states. Modern democratic India does not report population data by caste, but Hindu Jats are believed to constitute roughly one-quarter of the population of Haryana, while Sikh Jats make up a little more than one-fifth of the population of Punjab. In both states, Jats form the single largest caste group.

It has been estimated that Jats own roughly three-fourths or four-fifths of all agricultural land in Haryana and eastern Punjab, respectively. Nearly all medium- and large-scale farmers in both states are reputed to belong to the Jat community. The farm protesters’ claim to have mobilised 200,000 tractors for their Republic Day rally on Jan. 26 confirms the prevalence of relatively large-scale farmers among the protesters, given that few Indian farmers own enough land to practice mechanised agriculture. Even today, the typical Indian farmer is still 10 times more likely to own a bullock than a tractor.

Farm incomes in Punjab and Haryana are the highest in India, with the average farmer in these states earning more than twice the national average and nearly three times as much as their neighbors in nearby Uttar Pradesh. They also garner the lion’s share of government support. More than 90 percent of their cropland is covered by heavily subsidised irrigation. And the government buys almost the entire output of Punjab and Haryana farmers at minimum support prices that are set far above market levels. The results are huge and growing official stockpiles of wheat and rice, much of which ends up being given away to the country’s poor—or simply rotting in place.

The Jat farmers of Punjab and Haryana have long lobbied India’s government to maintain an agricultural system that is both economically wasteful and environmentally destructive. And why shouldn’t they? India is a democracy, and in a democracy, the squeaky wheel gets the grease—and the subsidies. The fact that India’s richest farmers are vocally demonstrating for policies that secure their livelihoods should come as no surprise. And the fact that they have convinced international celebrities and activists like Rihanna, Greta Thunberg, and Meena Harris to take up their cause is perhaps a bit odd but nonetheless impressive.

But when authoritative Western media outlets uncritically buy in to the “poor farmers” narrative, the result is pure misinformation. Articles suggesting that the BJP’s new farm laws threaten the livelihoods of as many as 800 million people must wrestle with the reality that in a country where 52 percent of the working population is engaged in agriculture, only 6 percent of the population actively disapprove of Modi’s performance in office. On the theory that most people—and especially poor people—are keenly aware of how government policies affect their pocketbooks, the default assumption must be that most Indian farmers believe that the new laws will actually help them, not hurt them.

India’s poorest farmers need the reforms because most of them do not have access to the high levels of government subsidies that benefit the larger-scale Jat farmers of Haryana and Punjab. Forced to sell to local middlemen at spot prices, they lack options for marketing their produce outside their home districts. They also lack access to financing and futures markets, management tools that most Western farmers take for granted. The new laws are designed to address these problems while maintaining minimum support prices for the relatively small number of farmers who actually receive them.

Yet the fact remains that hundreds of thousands of farmers no one knows the true number have swarmed the nation’s capital, blocking roads, camping out, and sometimes clashing with police. They have persisted in the face of official condemnation and the threat of coronavirus infection. They have found ways to organise and communicate even after the government tried to dampen the protests by shutting down mobile phone and internet networks. They have even risked the possibility of sedition charges carrying lengthy prison terms. What could motivate so many people to brave so much hardship if not a threat they see as truly dangerous?

But it’s not the threat to their livelihoods that has brought the Jats out into the streets. It’s the threat to their political power. The BJP’s farm reforms will empower smaller, poorer, lower-caste groups by giving them new outlets for their produce that circumvent long-established channels. The position of the Jats in Haryana and Punjab may be secure for now, but in a generation or two the reforms could transform them from a coddled agricultural aristocracy into a welfare-dependent rural peasantry. Their natural inclination is to try to stop the clock of liberalisation—and if possible to turn it back. A better solution would be for them to find a way out of the cycle of dependence in which they are now trapped.

The traditional Jat landholders of Haryana and Punjab may be well-off by the standards of rural India, but they find themselves increasingly marginalised in India’s rapidly modernising society. At a time when increasing numbers of lower-caste and outcaste urbanites are joining the 21st-century information economy, Jat farmers are being left behind on the farm. Reflecting this, Jat activists have even lobbied for the caste to be recognised as an official “backward class,” meriting affirmative action in university admissions and government employment. Coddled in a government subsidy bubble, their continued prosperity increasingly depends on maintaining a political dominance that is slowly slipping away.

In a vain effort to assuage the protesters’ fears, Modi has offered to put the reforms on hold for 18 months. That won’t help anyone—least of all the protesting Jats. A better solution would be to incorporate into the reforms a transition plan that offers the better-off farmers of Haryana and Punjab a route forward into the 21st-century market economy. These farmers lead the country in mechanisation and employ millions of migrant labourers from neighboring states. They have the modern managerial know-how that Indian agriculture needs to succeed. They should be leading reforms, not protesting them. The challenge for Modi and the BJP is to find a way to bring them on board.

(Salvatore Babones is a Foreign Policy columnist and an adjunct scholar at the Centre for Independent Studies in Sydney. Twitter: @sbabones)