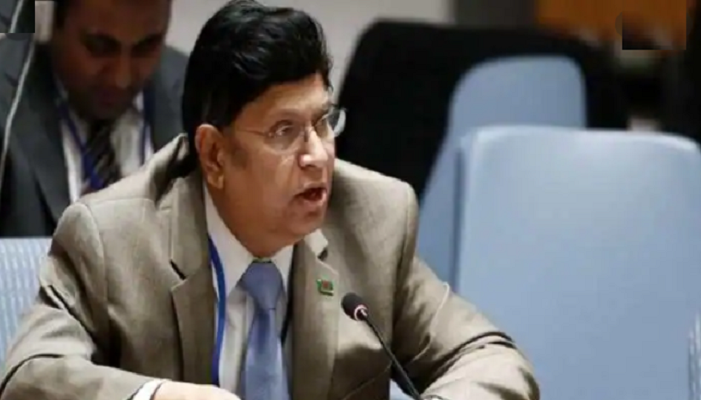 Foreign Minister AK Abdul Momen has justified Bangladesh’s vote against a UN resolution on genocide charges against Sri Lanka saying Bangladesh has a foreign policy of supporting the neighbours and not supporting any country-specific or “politically motivated” resolution.

“We never supported those motivated and country-specific issues,” he told reporters while responding to a question during a virtual press briefing on the D-8 Summit being hosted by Bangladesh virtually.

On March 23, the UN Human Rights Council was given a mandate to collect and preserve information and evidence of crimes related to Sri Lanka's civil war.

In the resolution brought by Britain on behalf of a group of countries, 22 countries voted in favour of the text, 11 opposed and 14 abstained, including Sri Lanka’s neighbours, India and Nepal and most Muslim majority countries.

Sri Lankan government forces and the separatist Liberation Tigers of Tamil Eelam (LTTE) both committed numerous war crimes and human rights abuses during the civil war that ended in 2009, according to Human Rights Watch.

Responding to another question over the Bangladesh defense attaché joining the Myanmar Armed Forces Day military parade in Naypyitaw on March 27, Dr Momen said it was a routine programme.

He also said many of the Western countries’ business with Myanmar have increased over the years, despite the fact that Myanmar is accused of genocide.

“We didn’t see a boycott (severing business ties with Myanmar). It’s a matter of shame (for those countries),” Dr Momen said, seeking a durable solution to the Rohingya crisis.

Bangladesh is now hosting over 1.1 million Rohingyas in Cox’s Bazar and Bhasan Char.

Bangladesh says the Rohingyas do not trust their government, and Bangladesh gave a number of proposals to build trust among them.

Bangladesh is trying in multiple ways -- bilaterally, multilaterally, tri-laterally and through the judicial system -- to find a lasting solution to the Rohingya crisis.