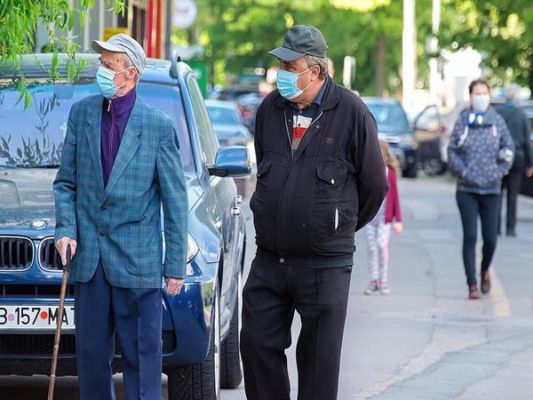 An age and gender distribution chart showed that people in the age group of 20 to 40 years were the most affected by COVID-19, although the highest rate of casualties was reported in patients above 60 years of age, reported Dawn.

Meanwhile, Pakistan President Dr Arif Alvi on Monday announced that he tested positive for the coronavirus. This comes as the Pakist President and his wife Samina Alvi received the Chinese vaccine Sinopharm earlier this month, according to Xinhua.

On March 28, the NCOC had imposed a ban on all kinds of gatherings and wedding ceremonies in cities where the infection rate was more than eight per cent. The centre had also suggested reduction in transportation between provinces and advised the provincial governments to expedite vaccination against the deadly virus, reported Dawn.

The NCOC data showed that 4,525 cases and 41 deaths were reported in a single day while 387 ventilators were in use. The number of active cases stood at 46,663 while 3,648 patients were admitted to hospitals across the country on Monday.

According to Johns Hopkins University, Pakistan has recorded 6,63,200 infections and registered 14,356 deaths.