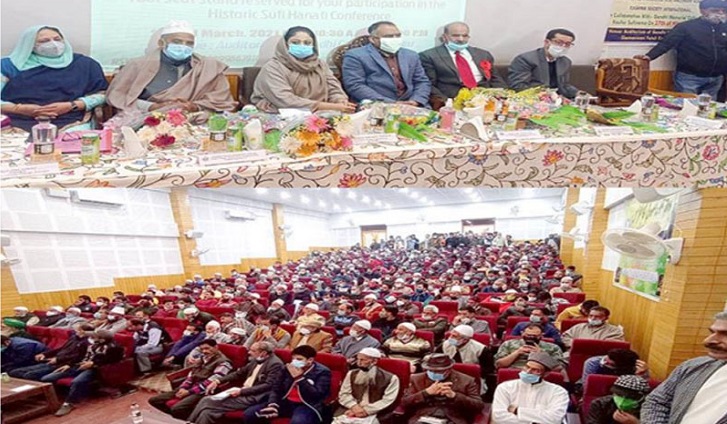 Divisional Commissioner Kashmir, Pandurang K. Pole, DC Srinagar AijazAsad, Chairman KSI KhwajaFarooqRenzushah, Dr HinaBhat VC J&K KVIB and others were present on the occasion. On this occasion, two books, Kuliyat Waza Ahmad and Kuliyat e WazaFareed were released. These books according to the organizers have showcased Sufiyat and Tasawuf in a true spiritual way.

Renzushah in his welcome address said that the civilization of Kashmir is known by its predominant spiritual character which is re-emerging again with the same glory of past.

KhurshidWaza, the grandson of WazaMahmood said that for the last 70 years it is the first time this legendary Sufi poet has been given State level prestige by Divisional Commissioner Kashmir, DC Srinagar, and Kashmir Society International.

The awards and certificates of honour were given to various persons on the occasion. The speakers urged the government to preserve various sites associated with sufi culture of Kashmir.