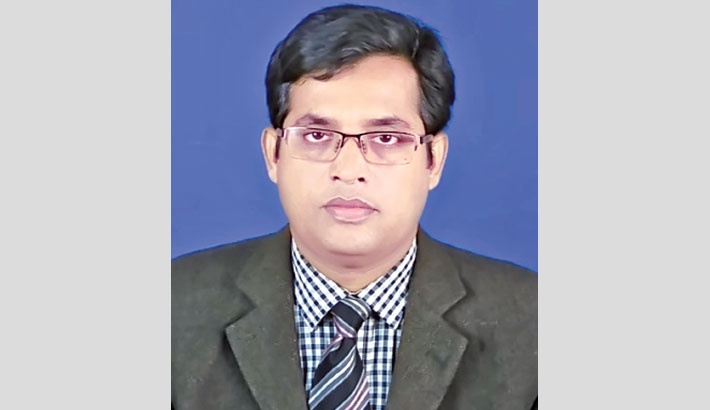 As in other countries, the citizens of Bangladesh have begun experiencing the fear of aggravation of the second wave of the Covid-19 contamination. The third wave of the corona pandemic, of note, was experienced in the European countries. For several months in Bangladesh, the crisis stayed under control amid fears that the situation might have worsened in winter. We are happy that the intensity of coronavirus infection during the winter was comparatively mild. This low-intensity of infection may have made people reluctant to follow the guidelines to keep safe from infection. We saw people travelling freely out of home without taking necessary protective measures and saw thousands visiting Cox's Bazar and elsewhere in the country. It seems that these people have been frustrated to be at home for the past few months. Therefore, as coronavirus infection was under control, they began to enjoy their lives.

In addition to the low level of infection, the accessibility to vaccination has made people hesitant to follow safety precautions to protect them from contamination. Since taking vaccines, even a group of educated people, who strictly followed the protocol earlier, began to be reticent. Many people could not clearly grasp that they are not protected from Covid-19 contamination after receiving the vaccine's first dose. Therefore, after receiving the first dose, many people have got infected. The most worrying fact is that the new strain of coronavirus has fostered the country's infection rate to an incredible intensity.

However, the WHO has claimed that recent coronavirus strains that have been identified in the UK and South Africa are 70 times faster than the previous variants to infect humans. The fatality rate of these variants was nevertheless asserted not to be reasonably high. However, it was discovered from various sources that the new variants of the virus have been spreading infection more quickly and increasing the fatality rate in the country. Therefore, we expect to face devastation shortly if the country's citizens do not change their behaviours.

As elsewhere in the country, the Bangladeshi Government is trying hard to cope with the second wave of Covid-19. Our Prime Minister has also advised people to abide by the health directives to prevent this virus's pernicious transmission. The fear of the government has proved to be reasonable as new patients and mortality escalates. In the last few days, over 3,500 new patients were diagnosed daily. It remains to be doubted whether we will be able to face the challenge of Covid-19's second wave successfully.

We should acknowledge that Bangladesh's government has done an admirable job concerning the management of the first wave of Covid-19. Of course, in some cases, there was criticism of the health department's mismanagement during the early days of the Pandemic and accusations of corruption criticized by all corners of society. Nevertheless, the government has done everything possible to help those in need, control the outbreak rate and provide care to infected persons. The lower test capabilities have, of course, remained an obstacle. However, the government decentralized the testing facilities within a few months of the outbreak.

Particularly within the first few months of the pandemic, tests were carried out free of charge. The government then charged the test with a small fee. We could not blame the government alone for the lower number of tests, as peoples' unwillingness to test was also responsible. Honestly speaking, people suffered a prejudice that someone would have to go into quarantine if they are infected. Therefore, they do not show enthusiasm to go for testing.

The relatively more minor catastrophe of the first wave of coronavirus infection than other countries has made people timid to obey the government rules like maintaining social distancing, avoiding crowded places, washing hands frequently, and staying at home until anyone is forced to go. This type of mental state has made people courageous to move freely without taking proper protection measures. Having observed people's movement on the street, I feel like that a very insignificant portion of our population is worried about the fiasco of the Pandemic in the months to come. The citizens' behaviour is not acceptable because it will endanger them and their families and increase the transmission of this lethal virus in the community.

In its second wave, the government has taken various measures to enable citizens to obey the guidelines and control the spread. The government should compel citizens to wear facemasks outside their homes. The government has implemented a 'no mask, no service' policy in all of the departments. However, a question still remains whether a decision is enough to accomplish the goal? The clear answer is "no" since the decision's execution decides the achievement of the objectives. We have witnessed the mobile courts' activities on the street and in the neighbourhood in the cities to encourage residents to wear masks. Also, many citizens are punished for violation of the rules. The frequency of these activities, however, is not very high. Special emphasis has been put on the mobile courts in the cities. These actions are not implemented at the level of the village to great intensity. So, among the people living in the village, we do not find any fear of the coronavirus.

We must then consider how we can protect ourselves from corona infection as we do not have any assurance that the vaccine will guarantee 100% immunity. The primary response to this issue is to uphold the WHO guidelines to prevent the deadly virus from infecting us. A group of people are always inclined to blame the government for everything. They still say it is up to the government to do what they need to deal with this lethal virus.

The government should use power, under the following circumstances, to enforce all of its decisions to control the contamination of the virus. Violation of the law is now natural to an overwhelming majority of the country's population. For the population to be saved, the government should enforce all the decisions made so far to confront the pandemic. In order to overcome the greatest disaster of this century, we can all act empathically. If we do not comply with the guidelines, more disasters are waiting for us. Government and NGOs should begin a more robust preventive program to inform people of the disastrous impacts of this virus. The citizens should also extend their wholehearted cooperation to the government to overcome the lethal virus's catastrophic impact in the country.

Pranab Kumar Panday, PhD is a Professor of Public Administration at the University of Rajshahi.