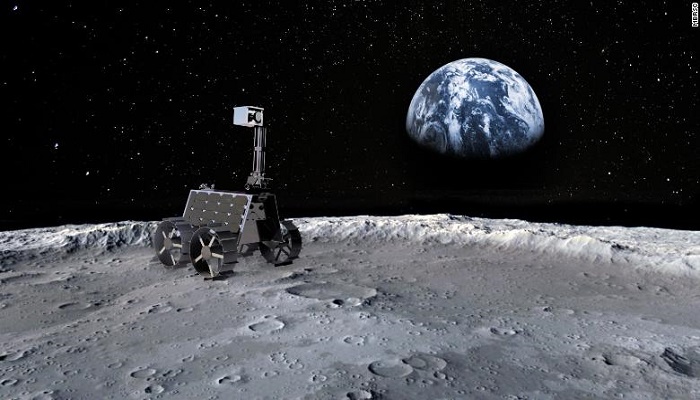 Last month, the United Arab Emirates became the first country in the Arab world to put a spacecraft into orbit around Mars. But as it celebrates the achievement of its Hope probe, a group of Emirati scientists is already engaged in another historic feat: building a lunar rover.

The vehicle will be another regional first -- and it is smaller than any rover to have landed on the moon.

Set to launch in 2024, the Emirates Lunar Mission aims to travel to a part of the moon that has never been reached by a rover. The exact landing site has not yet been revealed, but the objective is to better understand how lunar dust and rocks vary across the moon.

"If you think about the world and say that you visited 10 places, you can't say that you know the entire Earth -- so it's the same with the moon," says Sara Al Maeeni, a project scientist from the Mohammed Bin Rashid Space Center in Dubai. "We're expecting to see new things at the new site, (and) understand more about airless bodies."

Airless bodies are space objects that lack an atmosphere, such as the moon, asteroids, and the planet Mercury. Without an atmosphere to protect them, their surfaces are constantly changed and weathered by solar radiation, meteoroids and dust.

The team hopes to closely examine the moon's soil, recording its temperature, analyzing how lunar dust clings to different surfaces, and looking at the impact of solar radiation.

Named Rashid, in honor of the late Sheikh Rashid bin Saeed Al Maktoum, former ruler of Dubai, the rover will carry six scientific instruments onboard, plus systems for communications, power and movement.

Keeping the collective weight of the equipment under 22 pounds is a challenge in itself, says Al Maeeni, but building such a small rover creates other obstacles.

"For smaller rovers to survive a full cycle of day and night, I would say it's very difficult," says Armin Wedler, a planetary exploration research scientist at the German Aerospace Center. "The rover cools down to the environmental temperature and then getting warmed up again might damage your system."

The Rashid rover is expected to operate for only one lunar day -- equivalent to 14 days on Earth -- avoiding the cold of the lunar night, so it doesn't need to go through the reheating phase.

However, as previous lunar missions have done, the team will attempt to reawaken the rover the following day, to test if its systems were able to survive the low temperatures. "It won't fully operate, we're just looking for any kind of response ... even if it's just a beep," says Al Maeeni.

Another challenge is generating, storing and distributing enough power to keep all the systems running, given the limited space for solar panels and batteries. That means maximizing energy efficiency.

"For example, the communication system weighs around 400 grams in total and uses only 4 to 5 watts," says Al Maeeni. "So establishing a signal this far from Earth, at almost 385,000 km (away), is really incredible."

Rovers smaller than Rashid are in development, but none have yet made the journey to the moon. The 4.5-pound (2-kilogram) "Iris" is being built by students at Carnegie Mellon University, in Pennsylvania, in collaboration with NASA. It is hoped to launch this year on a private lunar mission.

Despite the constraints, building a small rover has its advantages.

"Any transportation to the moon of course, will require a lot of fuel and it's costly," Al Maeeni says, but small rovers are "much more cost-effective."

And smaller rovers are likely to cause less damage to the moon's surface during landing. A heavy impact could spread lunar dust all around the moon, because of the low gravity, which could contaminate samples, explains Laura Forczyk, owner of US-based space consulting firm Astralytical.

"The smaller the lander, the less likelihood of doing that kind of damage, or the easier it is to contain the dust once you've touched down," she adds.

In the future, smaller rovers could also make space more accessible for other nations.

"We're going to see more and more countries that have never done missions like this before being able to launch these missions," says Forczyk. "Their budgets could be more constrained, so there will be smaller rovers," but the research will still further scientific knowledge, she says.

But as well as the practicalities, for Al Maeeni, it's about proving what is possible.

"We took on this challenge and we came up with Rashid -- and this is already an achievement," she says.