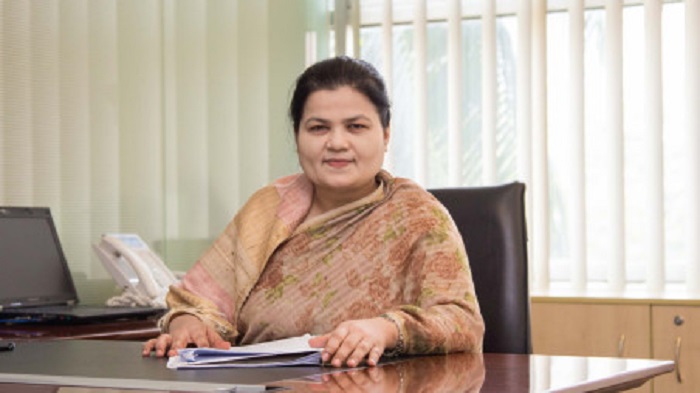 Humaira Azam has become the first female managing director (MD) and chief executive officer (CEO) of any bank in the country.

Trust Bank Limited (TBL) has recently appointed her to the top executive post of the bank.

A proposal of TBL, an Army Welfare Trust-sponsored bank, to this end has received the approval of Bangladesh Bank.

Prior to the new appointment, Humaira Azam was serving as the additional managing director of the bank.

She started her career as a management trainee in ANZ Grindlays Bank in 1990. She also worked for HSBC Bangladesh since its inception before joining Standard Chartered, Bangladesh in 2006 where she led some crucial departments.

After four years, Humaira Azam left Standard Chartered and joined IPDC, a non-bank financial institution, as its managing director and CEO in April 2009.

“In my professional career, I’ve found that I’m capable of finding alternative options to achieve results in most given scenarios. I’m fully committed to the job assigned to me and my focus, good time management and discipline allow me to prioritise my tasks well,” Humaira said on her Linkedin page.

There are 61 scheduled banks in Bangladesh. Of them, nine are state-owned while 43 private commercial ones and nine are foreign.

But none of these banks had a female MD until Humaira Azam’s appointment.