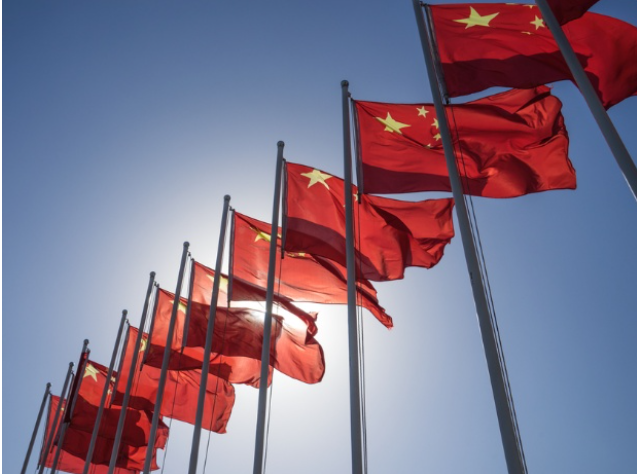 Twenty Chinese warplanes entered ADIZ on Friday, a day after Taipei and Washington signed an accord to strengthen maritime cooperation.
Air defence identification zones are early warning systems that help countries detect incursions into their airspace.

Any aircraft entering such an area is supposed to report its route and purpose to the "host" nation, though the zones are classified as international airspace and pilots are not legally bound to make such a notification.

According to Focus Taiwan, Friday's show of force was the biggest in terms of the number of planes deployed since Taiwan began to make public PLA aircraft's movements near Taiwan in mid-September.

Taiwan's premier and foreign minister discussed the issue on Saturday, Taiwan News reported. Taiwan foreign minister Joseph Wu condemned the act in a tweet but said the country will not submit under pressure.

"This dangerous provocation by autocratic China highlights the threats faced by democratic #Taiwan on the front line. But we aren't interested in caving in. Such actions won't stop us from being a force for good in the world and reliable partner of like-minded countries," he tweeted.

Asked for a comment at a cultural event on Saturday, Su Tseng-chang said the incursions were an "unnecessary" and "thoughtless" act because the money spent on military intimidation could have been better spent developing the country and improving the quality of life of its people.

"It's a shared hope of living and working in peace, while Beijing is doing the opposite," he added. "The memorandum signed earlier between Taiwan and the U.S. elaborates on the bilateral efforts made for peace and stability in the region, the wish shared by Chinese people as well.