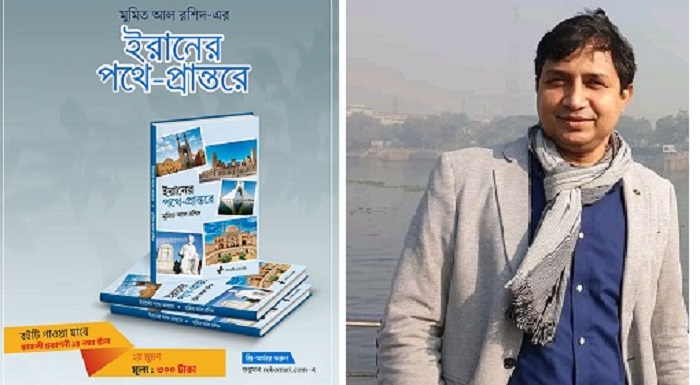 The second edition of the travelogue Iraner Pothe-Prantore by Dr Mumit Al Rashid is available at Amar Ekushey Book Fair.

The author Dr Mumit Al Rashid is an Associate Professor at Department of Persian Language and Literature of Dhaka University (DU).

In this book, the author described the history, language, literature and culture  of Iran in an artistic way from his own experience.

"From time immemorial, the people of Bangladesh have a great curiosity about Iran and its glorious history. This curiosity to know about the history-tradition, language-literature-culture, festival, food habit, architectural style, religious belief and custom, their race-group and caste-tribe is quite inherent. It is not irrelevant for the curious people to wonder where Iran's position is on the world stage, apart from its civilisational and cultural identity," said Dr Mumit.

He claimed to have written the book in such a way that the readers will get a clear picture of the glorious history, language, literature, culture and ethnic identity of Iran easily.

"I believe it will quench the thirst of the readers for a little bit about Iran. This version has been rearranged as well as a lot of new things have been added," he added.

The second edition of the book has been published by Kakoli Prokashoni. The book is now available at stall Number -14 at the book fair.