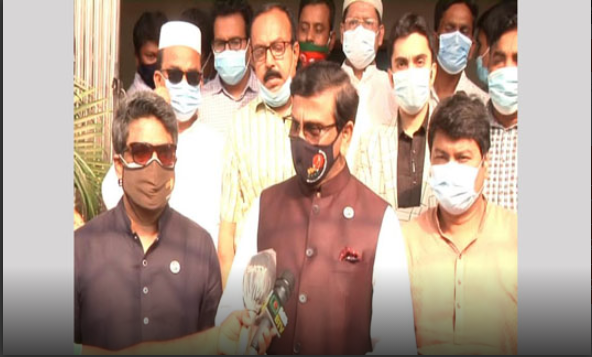 He said this while inaugurating a mural “Janak Jotirmoy” of Father of the Nation Bangabandhu Sheikh Mujibur Rahman marking his birth centenary at Pabna University of Science and Technology (PUST).

Hanif said when the nation was observing a 10-day grand programme on the occasion of the birth centenary of Bangabandhu and golden jubilee of the country’s independence, Hefajat carried out mayhem and destroyed public property in the name of religion.

Hefajat is not following the ideology of Prophet Hazrat Mohammad (SM) rather they are carrying out anarchic activities for attaining their political interest, he said.

The AL leader said their evil and destructive activities will not be tolerated.

He said a BNP leader gave directives to the party workers to set buses on fire and send her the video footage as she could forward the video to ‘proper place’ and this ‘proper place’ is fugitive convict Tarique Rahman.