Pollution forces Nepal schools to close for the first time 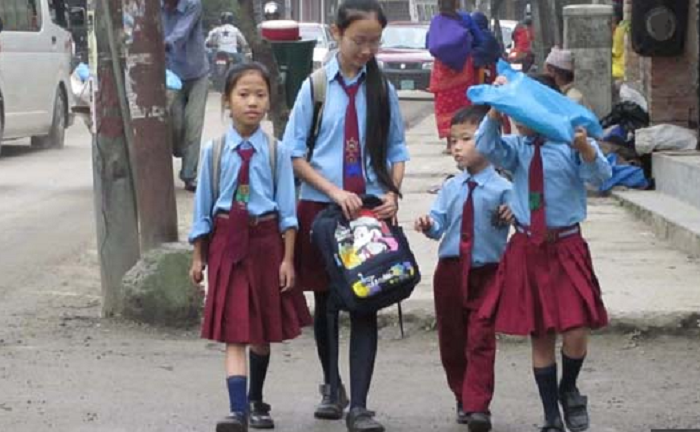 Nepal on Monday ordered schools to close as choking smog enveloped the capital Kathmandu, in the first-ever shutdown of the country’s education sector because of pollution.

Kathmandu is currently ranked among the most polluted cities in the world, with the air quality index (AQI) readings well above 300, the highest level of concern, during the weekend.

“It has been decided that educational institutions will be closed until Friday. As far as we are aware, this is the first time schools have been closed because of pollution,” Deepak Sharma, the Ministry of Education spokesman, told AFP.

The government has also urged people to stay indoors and to avoid construction and burning trash.

Experts say that raging wildfires in several parts of the country combined with stagnant atmospheric conditions have caused the thick smog to cover many districts.

“There is not enough movement in the atmosphere right now so pollutants, contributed also by the wildfires, have been trapped to cause the air quality to deteriorate,” said Min Kumar Aryal, a meteorologist at Nepal’s Meteorological Forecasting Division.

On Twitter, Kathmandu residents complained of “stinging eyes” and “itchiness” because of the pollution.

The country’s only international airport was temporarily closed on Friday as visibility dropped to 1,000 metres, according to an airport official, before reopening on the same day.