China could step up armament, provocations near Senkaku Islands: Report 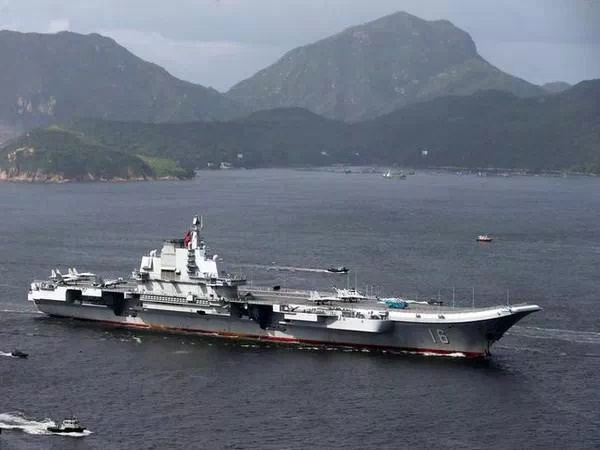 China's coast guard could step up armament and provocations around the Japanese-controlled Senkaku Islands in the East China Sea following the enforcement of a controversial Chinese law that allows use of weapons against foreign ships, according to a report published in Kyodo News.

The Japanese Defense Ministry think tank, The National Institute for Defense Studies on Friday published a report titled "East Asian Strategic Review 2021", saying that in an annual report that military competition between the United States and China in the Western Pacific is likely to further increase under a "new Cold War" between the two powers.

The institute published the report after Beijing on February 1 enforced a law that allows the China Coast Guard to use weapons against foreign ships the country sees as illegally entering its waters, in what critics say is an attempt to seize the Senkakus, which China claims and calls Diaoyu.

"(Chinese President) Xi Jinping's leadership is stepping up efforts to strengthen challenge, based on force, to Japan's sovereignty" over the islands, said the report.

"Looking ahead, it requires strong concerns and alerts that Chinese coast guard vessels could further build up armament and carry out more provocative acts in waters around the Senkakus," it said.

Masafumi Iida, head of a division at the institute's Regional Studies Department and one of the authors of the report, said, "(Chinese) law enforcement against Japanese fishing boats will likely become even more apparent," Kyodo News reported.

"Last year there were signs as Chinese coast guard vessels followed and approached Japanese fishing boats," Iida said. "It is possible that China could create an environment that is advantageous numerically for its vessels although they currently have around four near the Senkaku Islands."

On Monday morning, in yet another case of illegal intrusion by Beijing, two Chinese government vessels entered Japan's territorial waters off the Senkaku Islands in the East China Sea.

Japan Coast Guard officials said that the vessels intruded into Japan's waters off Minamikojima Island around 4 am on Monday, NHK World reported, adding that Japanese officials are warning the ships to leave the waters.

As many as three Chinese government vessels were earlier seen navigating in the contiguous zone, just outside Japan's territorial waters, officials said.