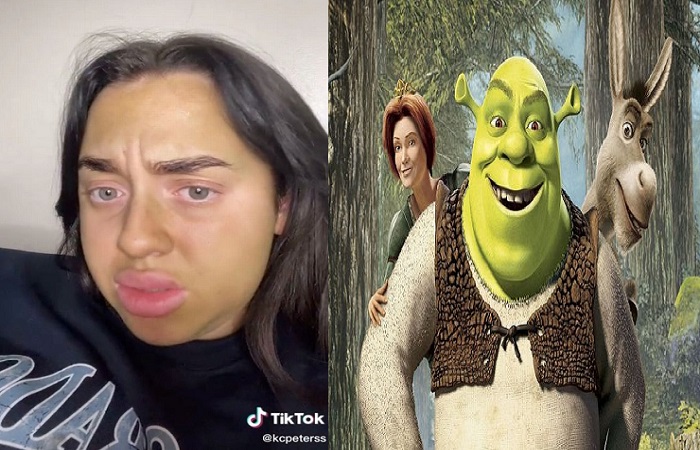 A fake tan disaster is practically a rite of passage....many of us have been there.

Unfortunately, the beauty mishap isn't one that's easy to hide - seeing as you've generally applied it all over.

One woman left people in stitches after she used an out of date bottle - which turned her skin ogre green.

Beauty fan Saskia shared a video of herself to TikTok after realising that her bronzing attempt had gone wrong.

In the hilarious clip, she said: "I think my fake tan has expired because, why am I green? I look like f*****g Shrek."

She then holds the product up to the camera, showing the expiry date - which was last January.

The TikTok user dejectedly adds: “That says 2020, like the start of January...

As she shows off her green hands and face, she sadly adds: “Like why me man, why me.”
The video has been viewed more than 100,000 times and racked up hundreds of comments.

One person joked: “Hahahah all right Fiona, bless ya."

Another commented: "No you look like the colour of the witch out of wizard of Oz. Hope it’s washed off"
A third advised: "It means the tan has oxidised, usually it's been left open or something."

Another wrote: “My tan has expired and gone green, still use it though looks fine when ya wash it off.”

Meanwhile, a mum-of-two went viral after sharing how she comforted a struggling mum at school after overhearing judgemental comments.

And a pregnant woman asked for advice after learning that her friend's new cat has the same name as her future daughter.

She wrote : "I'm overreacting and I'm not apologising for it