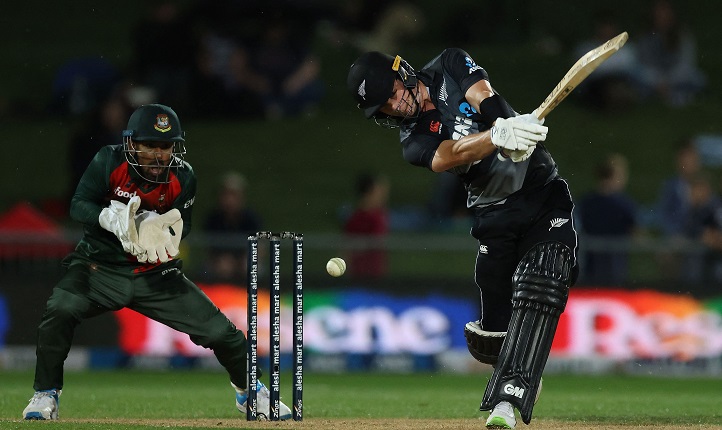 New Zealand scored 173 for 5 in 17.5 overs against Bangladesh in the second T2o international match at Napier in New Zealand on Tuesday.

Due to rain, Bangladesh got a curtailed target of 170 runs in 16 overs.

Bangladesh scored 18 for one after three overs. Mohammad Naim and Soumya Sarkar are on the crease scoring 7 and 5 runs respectively.

The men in red and green made just one change from the first T20. Mustafizur Rahman, who took three wickets in four matches of the tour so far, was dropped in fabour of Taskin.

New Zealand, too, went in with one change. A like-for-like replacement as Adam Milne came in for Lockie Ferguson.