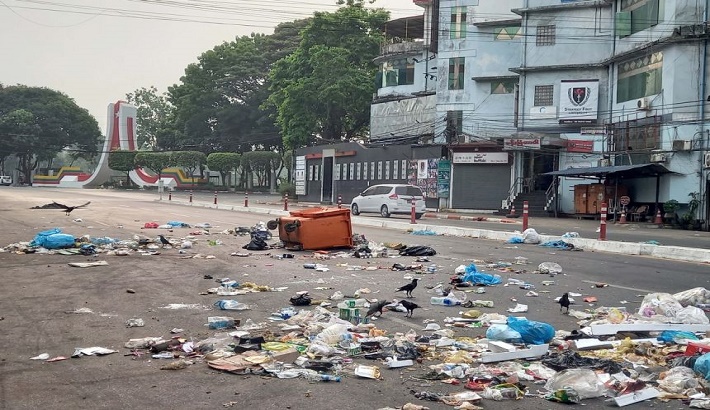 Rubbish piled up on the streets of Myanmar’s main city on Tuesday (March 30) after activists launched a “garbage strike” to oppose military rule as the toll of pro-democracy protesters killed by the security forces since a Feb 1 coup rose to more than 500.

Out of 14 civilians killed in Myanmar on Monday, the Assistance Association for Political Prisoners (AAPP) said at least eight were in the South Dagon district of Yangon.

Security forces in the area fired a much heavier-calibre weapon than usual on Monday to clear a barricade of sand bags, witnesses said. It was not immediately clear what type of weapon was used.

State television said security forces used "riot weapons" to disperse a crowd of "violent terrorist people" who were destroying a pavement and one man was wounded.

A South Dagon resident on Tuesday said more gunfire could be heard in the area overnight raising concerns of more casualties.

“There was shooting all night,” said the resident who declined to be identified.