Evidence mounts Covid jab protects those around you 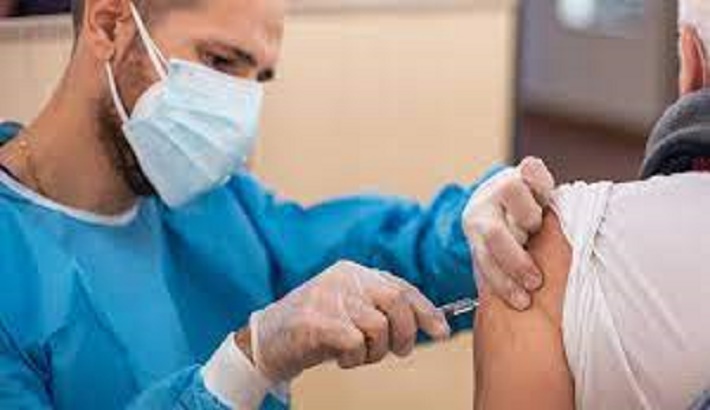 The Covid-19 vaccine blocks pretty much all cases of serious illness - but the government has been much more cautious about saying whether it stops people carrying the virus and infecting others.

Until evidence had built up from lots of people being vaccinated, scientists could not say for sure if the jab would stop transmission - and there was concern those vaccinated might stop taking precautions, potentially leading to a rise in infections.

But with some now refusing the vaccine in the belief it will not stop them passing on the virus, is this caution becoming counterproductive?

A number of people have contacted the BBC, saying they believe the jab could stop them becoming severely ill only.

But the evidence is moving fast.

Protection from the vaccine may not be perfect and people still need to be careful - but this does not mean it provides no protection to others.

It is becoming increasingly clear the jab is a very big step towards protecting those around you - particularly people who are vulnerable, including the elderly and those with care needs such as learning disabilities or mental illness.

And a growing body of real-world evidence suggests it stops a big chunk of people catching the virus at all - they do not fall ill and cannot infect people.

Think of a ladder with the worst Covid effects, intensive-care admission or death, at the top and the mildest, no or asymptomatic infection, at the bottom.

Being vaccinated effectively moves people down the rungs of this ladder.

Even the small number who do not receive complete protection might move from a very high risk of dying down to mild or moderate symptoms.

And those who would have very mild or asymptomatic Covid without the jab are probably most likely to move down to no infection at all.

What does the government say?

"There has been some early evidence that suggests vaccines do have an impact on transmission," an official said.

"But the full impact on infection rates will not become clear until a large number of people have been vaccinated.

"It is important to continue following the national restrictions, instructions from NHS Test and Trace, and to self-isolate if you are instructed to do so, even if you have had the vaccine."

What about the evidence?

Regular testing of participants in the Oxford-AstraZeneca vaccine trials, with or without symptoms, found positive tests fell by more than half.

And this suggested "the potential for a substantial reduction in transmission", the team reviewing the trial results said.

The Pfizer-BioNTech trial participants, meanwhile, were tested only if they had symptoms.

But a later study of 40,000 health workers in England suggested one Pfizer-BioNTech dose cut the risk of infection - symptomatic or otherwise - by 70%, and two doses by 85%.

Also, people living with vaccinated NHS staff in Scotland were considerably less likely to catch the virus than those living with unvaccinated health workers.

And a separate analysis of the test results of hospital workers in Cambridge found a 75% decrease in asymptomatic infections after vaccination.

In Israel, the Pfizer-BioNTech vaccine appeared to reduce all infections by as much as 90%, although the Ministry of Health could not be certain of the precise number as not everyone came forward for asymptomatic testing.

And, a separate Israeli study found, the infections there had much lower "viral loads" - people shed less virus, meaning they would be less contagious as well as at lower risk of becoming ill.

Similar conclusions have been drawn in studies of patients in the US and care-home residents in England.

And, overall, the picture is clear - vaccines reduce transmission.

Asymptomatic Covid cases do seem to be less contagious - but those without symptoms may unknowingly infect more people.

Studies estimate between a third and a half of new cases were caught this way.

And those vaccinated are much less likely to pass on the virus.

You only need to look at the disproportionately large number of outbreaks and deaths in care homes during the first wave of the pandemic to see the impact of relying on symptoms.

And people are most infectious - at very high risk of passing on the virus - the day or two before symptoms develop.