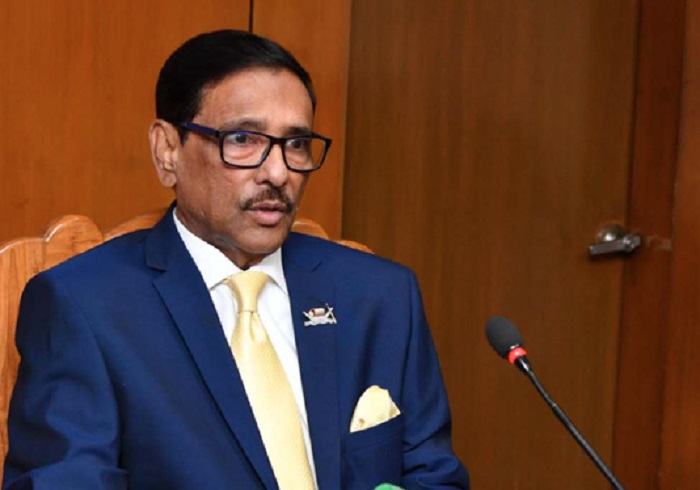 The government has taken a plan to construct a 128-km long railway network with an aim of reducing traffic gridlock in the capital and its adjacent areas.

“The government is planning to construct a total of 128-km long railway network including 61-km underground or subway rail and 67-km flyover integrated with six metro-rail in the city,” said the minister.

In this regard, an integrated plan implementation has already begun.

Besides, he said, the initiative of constructing metro route-2 and metro route-3 is underway through public-private partnership (PPP) based on G to G by 2030. “The construction of metro-rail route-6 is going on in full swing,” he added.

The rail line installation inside the depot has already been completed and the rail line set up on 11-km long viaduct from Uttara to Agargaon is also in progress, said the minister.

Later, the minister joined a conference at Harirampur upazila in Manikganj virtually.

Blaming BNP for perpetrating violence in different places across the country, Quader said “It is obvious that BNP has an involvement in the violent incidents unleashed by the extremist communal forces.”

“BNP again has introduced violent politics banking on the extremist communal forces. BNP is instigating a particular communal quarter for creating an unstable situation in the country,” he said.

Noting that the Awami League and the government are ready to face the violent activities politically, the ruling party leader said the party leaders and activists should have to be united to face the conspiracy.