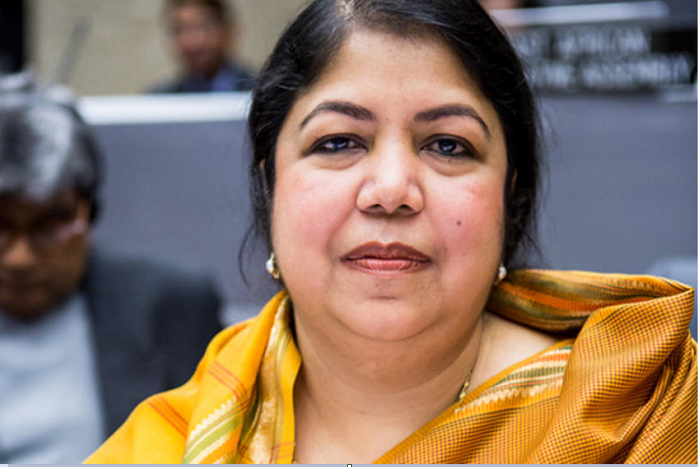 “The commonwealth member countries must have to pursue innovative concept and strategy for facing challenges like climate change and disaster management, safe water management ,food security and gender equality,” she said.

The speaker came with this call as the chief panelist while virtually being connected to a webinar titled “Rediscovering Commonwealth for delivering a common future” held here.

The Commonwealth of Nations, generally known simply as the Commonwealth, is a political association of 54 member states, all of which are former territories of the British Empire, must have to take integrated approach to make climate change responsible countries accountable to disaster-prone countries, she told the webinar.

Terming commonwealth a global platform, Dr Shirin said as this political platform is providing support and cooperation to the member countries, so, the forum must have to emphasis on their economic progress by enhancing mutual communication, experience and exchange of opinion.

Recalling the contribution of Father of the Nation Bangabandhu Sheikh Mujibur Rahman, the Jatiya Sangsad Speaker said, after being the member of commonwealth in 1972, Bangladesh had underscored the need for pursuing mutual cooperation policy to reduce economic imbalance among the member countries while attending in its summit in Jamaica on May in 1975.

She said the Commonwealth Parliamentary Association (CPA) is working for establishing democracy, good governance and human rights in the commonwealth member countries.

” It was a very rare experience for me being elected CPA executive committee president for three years as the speaker of Bangladesh Jatiya Sagsad”, Dr Shirin added.