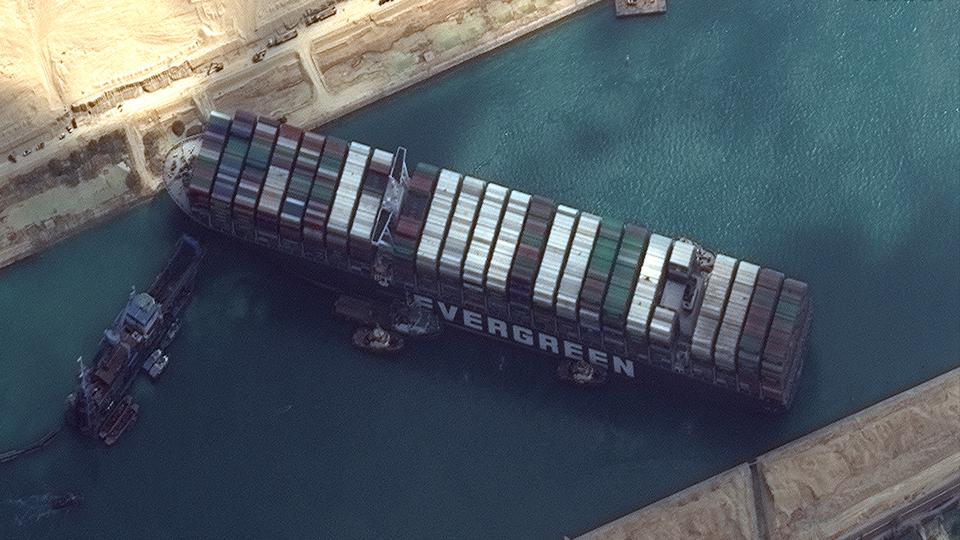 Egypt's Suez Canal Authority said Monday the Ever Given container ship, which has been blocking the crucial waterway for nearly a week, has been turned in the "right direction".

"The position of the ship has been reorientated 80 percent in the right direction," SCA chief Osama Rabie said in a statement.

"The stern... moved to 102 metres (335 feet) from the shore," compared to its position four metres from the shore previously, he added.

Rabie noted that the process of refloating the ship had begun, "with success".

The process "will resume when water flow increases again from 11:30 am (0930 GMT)... in order to completely refloat the vessel, so as to reposition it in the middle of the waterway," the statement added.

The Egyptian official said that navigation would resume "after the completion of refloating operations of the ship, which will then be directed to the waiting area," to allow the canal to be cleared.

Over 300 ships are currently waiting to travel through the canal.