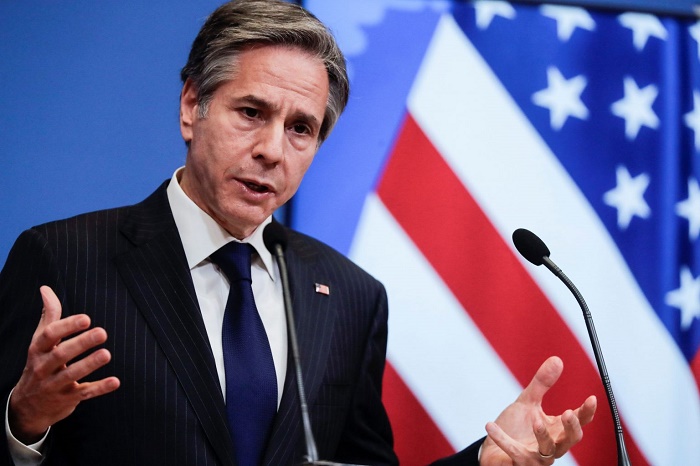 In a sharp dismissal of China’s sweeping use of coercive measures, US Secretary of State Antony Blinken on Wednesday called on the North Atlantic Treaty Organization (NATO) allies to work with America to mount a pushback on Beijing.

“The United States won’t force our allies into an us or them choice with China. There’s no question that Beijing’s coercive behaviour threatens our collective security and prosperity and that it is actively working to undercut the rules of the international system and the values we and our allies share,” Blinken said during an address at NATO’s headquarters in Brussels.

Blinken called out China’s militarization of the South China Sea, use of predatory economics, intellectual property theft and human rights abuses. His speech comes after an increase in tensions between the US, European Union and China in recent weeks.

Blinken also called on the Chinese government to follow through on its commitments on human rights as well as on other issues of concern.

“We are looking very much forward actually having close consultations between the United States and the EU on China,” Blinken said.

The United States, Canada and the United Kingdom joined the European Union (EU) on Monday to take what they described as “coordinated action” against China to send “a clear message about the human rights violations and abuses in Xinjiang”.

In retaliation to the bloc’s sanctions, China has decided to introduce sanctions against 10 European Union officials and four European organizations after accusing them of spreading lies and false information about the Xinjiang region.

“China decided to sanction 10 people and four organizations who seriously harmed the country’s sovereignty and interests by spreading lies and false information with evil intent,” the ministry said in a statement.

On Tuesday, China’s ambassador to Belgium became the latest diplomat to join the dispute.

According to a statement on the embassy’s website, ambassador Cao Zhongming told senior Belgian officials that the EU had “imposed sanctions on China based on Xinjiang-related lies and false information, deliberately provoked confrontation, and grossly interfered in China’s internal affairs”.