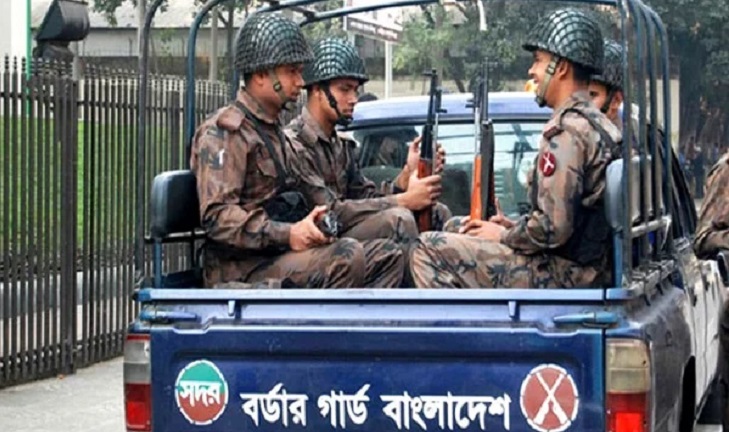 Members of Border Guard Bangladesh (BGB) have been deployed at different parts of the country, including the capital, for assisting the civil administration.

Lieutenant Colonel Faizur Rahman, director (operation) of BGB, said BGB troops were deployed on Saturday as per an order of the Home Ministry to assist the civil administration.

Earlier, on Friday, a clash involving Hefazat supporters and police left four people dead and at least 15 others injured at Hathazari in Chattogram on Friday.

The clash took place when police opened fire after a group of protestors attacked Hathazari thana compound and land office, and set fire to a vehicle.

Meanwhile, in Dhaka, at least 50 people, including several journalists, were injured in a clash between Muslim devotees and police in Baitul Mukarram National Mosque area on Friday afternoon.

The clashes broke out when police barred people from bringing out a procession after Jum’a prayers protesting the visit of Indian Prime Minister Narendra Modi.