Woman set on fire by husband, mother-in-law over dowry dies 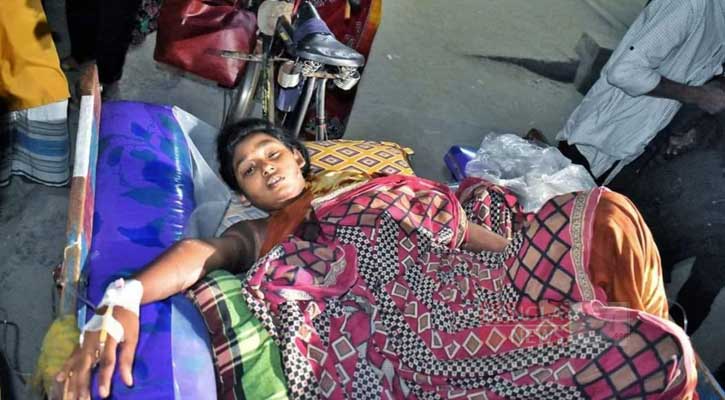 A woman, who sustained severe burn injuries after her husband and mother-in-law allegedly set her on fire on March 23, died at Dhaka Medical College and Hospital (DMCH) on Friday night.

The victim Sharmin Akter, 27, wife of Korban Ali, breathed her last at burn unit of the hospital at 11:00am while undergoing treatment.

Korban, son of Ismail Hossain, and Sharmin got married two years back. After the marriage, Sharmin was tortured by her husband and in-law’s family for various reasons including dowry.

Locals said Korban and his mother Kulshum Begum locked into an altercation with her on March 23. At one stage of the argument, Korban and her mother suddenly set her on fire with a gas lighter, leaving serious burn injuries.

Hearing Sharmin’s screams, neighbours rushed to the spot and took her to District Sadar Hospital in critical condition.

Later, doctors of the hospital transferred her to RMCH as her condition deteriorated.

The victim was later transferred to Dhaka Medical College and Hospital (DMCH) as her condition further worsened.

OC Mojibur Rahman said that Sharmin's father Shafiqul Islam filed a case against Korban and his mother Kulsum on Wednesday (March 24) with the police station.

Later, police arrested Korban Ali, 30, and his mother Kulsum Begum, 45, from a house in the area.