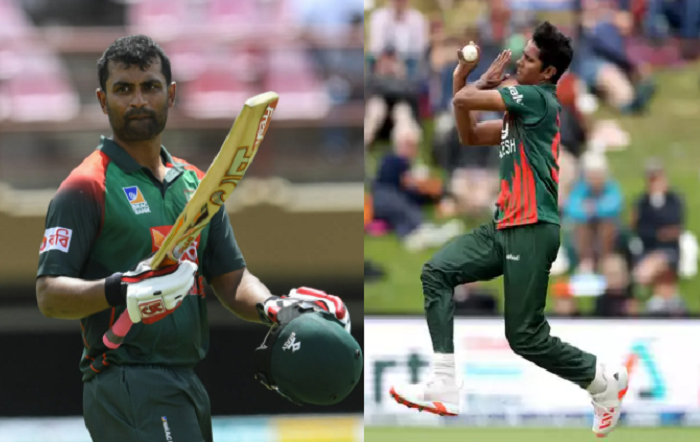 Tamim has cleared earlier that he won’t be available for the three-match T20 series against New Zealand due to personal reasons while Hasan Mahmud has been suffering from a back injury since the second game of the three-match ODI series.

Hasan, a 21-year-old pacer, played the ODI series opener in Dunedin. In the same game, he sustained a blow on his back, and he will need more time to get rid of this injury. After returning home, he will be under observation of the BCB medical team.

Bangladesh lost the ODI series in New Zealand 3-0. They failed to pass the 200-run mark in the first and the last game. In the second game of the series, they posted 271 runs but failed to seal the match.

Tamim, Mohammad Mithun and Mahmudullah Riyad hit a fifty each in the ODI series while Mahedi Hasan, Taskin Ahmed bowled some good spells which are the only positive things that Bangladesh can take forward.

The Tigers will now take on the hosts for a three-match T20 series starting on March 28, with the remaining two games will take place on March 30 and April 1 at McLean Park, Napier and Eden Park, Auckland.

After this series, Bangladesh scheduled to tour Sri Lanka for a two-match Test series against the hosts. As per the schedule, both Tests will be played at Pallekele International Cricket Stadium, Kandy with the first match taking place from April 21 to April 25 and the second match from April 29 to May 3.

Before the series begins, the Bangladesh team will play an intra-squad game at Chilaw Marians Cricket Club Ground, Katunayake. This tour was originally scheduled to take place in September last year. But due to the Covid-19 situation and strict quarantine condition in the island nation, the series was postponed.