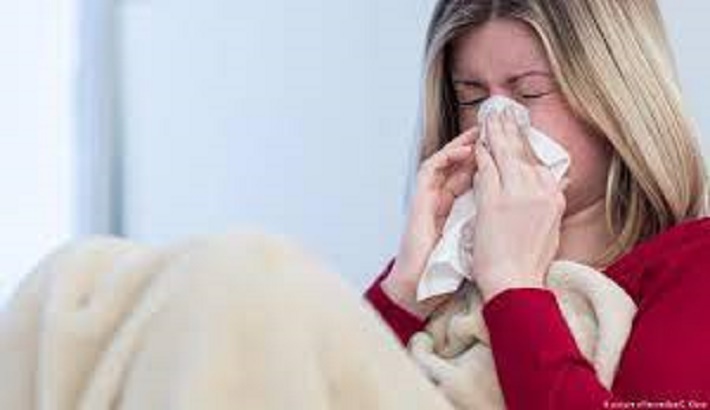 The study conducted at the University of Glasgow in the United Kingdom, found that the human rhinovirus, which is the virus that causes the common cold, activates an immune response against the COVID causing coronavirus.

Considering the fact that some viruses can co-exist with other native viruses inside a human host, the researchers built and used a replica of a human respiratory tract. Firstly, the scientists infected the replica tract with SARS-CoV-2, recreating the cellular environment in which infections normally occur. Following which, they studied the replication of SARS-CoV-2 in the cells, with and without the presence of rhinovirus.

The findings suggested that if both the viruses - SARs-COV-2 and rhinovirus - were released into the respiratory tract at the same time, the COVID-19 virus had no chance of survival in the presence of the common cold virus.

Even when the SARs-COV-2 was released 24 hours ahead of rhinovirus into the human cells replica, the latter was able to put off the former and the infection in the respiratory tract was only of common cold.

According to Professor Pablo Murcia, from the MRC-University of Glasgow Centre for Virus Research, “Our research shows that human rhinovirus triggers an innate immune response in human respiratory epithelial cells which blocks the replication of the Covid-19 virus, SARS-CoV-2."

"This means that the immune response caused by mild, common cold virus infections, could provide some level of transient protection against SARS-CoV-2, potentially blocking transmission of SARS-CoV-2 and reducing the severity of Covid-19," he adds.

That said, as per the researchers, "In the meantime, vaccination is our best method of protection against Covid-19."