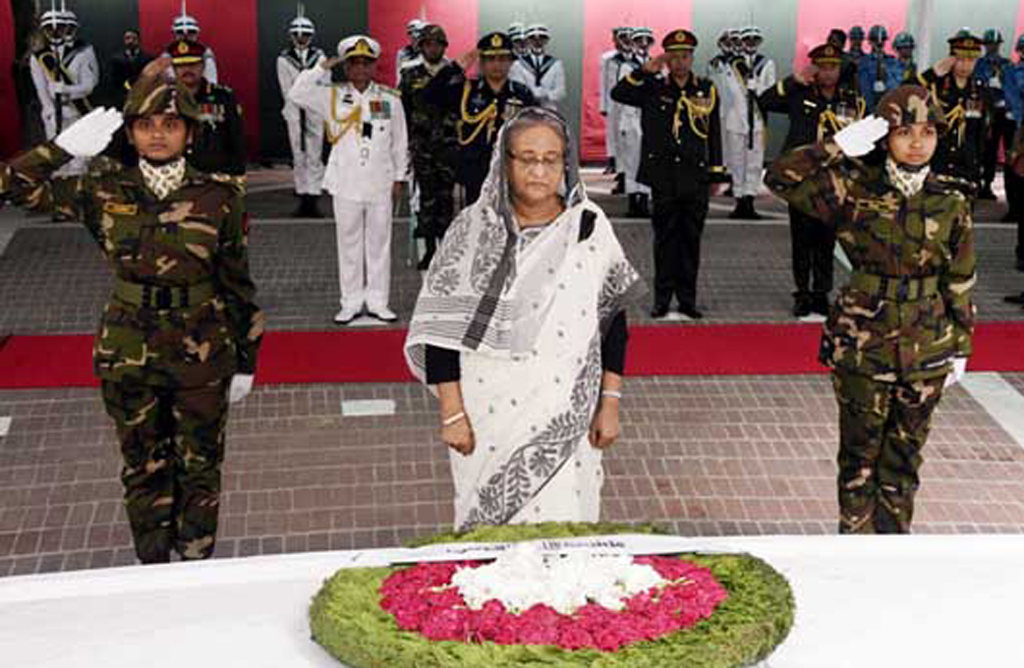 Prime Minister Sheikh Hasina on Saturday paid homage to Father of the Nation Bangabandhu Sheikh Mujibur Rahman at Tungipara in Gopalganj on the occasion of the birth centenary of Bangabandhu and Golden Jubilee of Independence of the country.

The premier paid tributes to Bangabandhu by placing a wreath at his shrine this morning.

After laying the wreath, Sheikh Hasina stood in solemn silence for some time as a mark of profound respect to the memory of Bangabandhu, the architect of independence of the country.

They offered Fateha and joined a special munajat seeking eternal peace of Bangabandhu and other martyrs of the August 15 carnage.