Suez blockage is holding up $9.6bn of goods a day 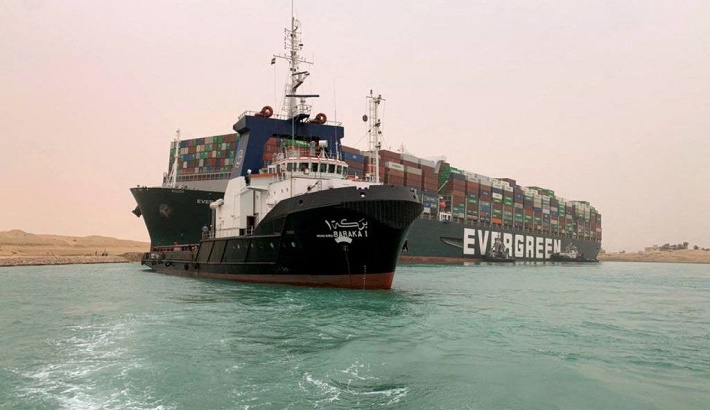 The stranded Ever Given mega-container ship in the Suez Canal is holding up an estimated $9.6bn (£7bn) of goods each day, according to shipping data.

This works out at $400m an hour in trade along the waterway which is a vital passageway between east and west.

Data from shipping expert Lloyd's List values the canal's westbound traffic at roughly $5.1bn a day, and eastbound daily traffic at around $4.5bn.

Despite efforts to free the ship, it could take weeks to remove experts say.

The Ever Given, operated by the Taiwanese company Evergreen Marine, is the length of four football pitches and one of the world's biggest container vessels. The 200,000-tonne ship is capable of carrying 20,000 containers.

Its blockage is causing huge tailbacks of other ships trying to pass through the Suez Canal.