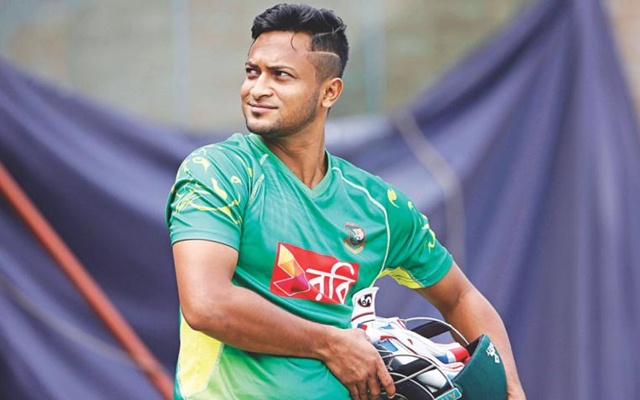 Shakib is expected to join his Kolkata Knight Riders team mates in Chennai and start his seven day quarantine from then onwards.

‘’He left for Kolkata at 9:45 through US Bangla flight,’’ said an official.

Shakib was initially scheduled to leave for India on March 28 but changed his plan at the last minute.

The back and forth between the Bangladesh Cricket Board (BCB) and Shakib Al Hasan over his participation in the upcoming Indian Premier League (IPL) at the cost of missing a Test series against Sri Lanka has seemingly drawn to a close, with the BCB decided to uphold Shakib's No Objection Certificate to participate in the IPL.

The U-turn by the board comes days after it threatened to reconsider the NOC given to Shakib, after public fallout between the two parties.

Shakib's claims that he was misinterpreted by Akram Khan (BCB's cricket operations chairman) about picking the IPL over Tests for his country had provoked a sharp response from the BCB, and temporarily putting Shakib's participation in the IPL in doubt.

BCB officials said that they won’t bar Shakib from taking part in the T20 though earlier they insisted that they would reconsider his NOC after he accused board misinterpreting him in front of the nation.