US to send 4m vaccine doses to Canada and Mexico 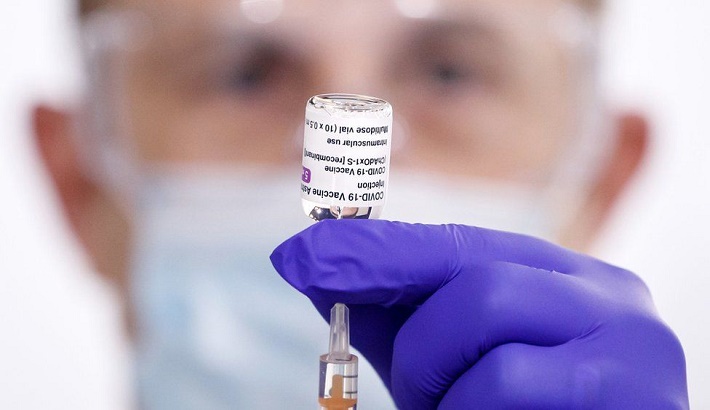 The US will release four million doses of the AstraZeneca coronavirus vaccine to its neighbours, Canada and Mexico, the White House has said.

The plan would mark the first time the US has directly supplied vaccines to another country.

It comes as China has moved aggressively to export its vaccines in what is seen as an effort in 'vaccine diplomacy'.

Canada and Mexico have approved the AstraZeneca jab, but the US has not.

However, the US has a stockpile of the vaccine. Announcing the plan to distribute doses on Thursday, White House spokeswoman Jen Psaki said that 2.5m of the US's 7m jabs will go to Mexico and 1.5m of which will be given to Canada.

Under the agreement, the countries must return any excess doses to the US.

President Joe Biden expressed his intention last week "to start off making sure Americans are taken care of first".

"If we have a surplus, we're going to share it with the rest of the world," he said.

More than 12% of Americans have now been vaccinated, according to the Centers for Disease Control (CDC), and a total of over 115m doses of the three vaccines approved in the US have been administered.

Mr Biden has set 1 May as the date for making anyone over the age of 16 eligible to receive a jab.