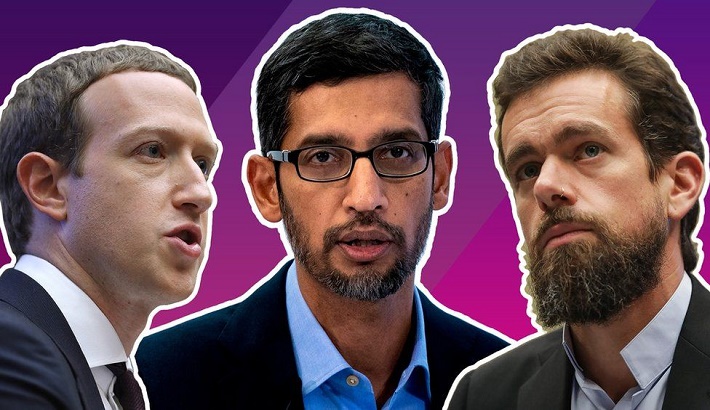 This latest hearing is the first since the storming of the US Capitol.

Politicians believe that was a tipping point for greater regulation.

They have said they plan to change the legislation that protects online platforms from liability for content posted by third parties.

The session began in combative style with the chair Mike Doyle asking all three executives whether they felt they bore responsibility for the events in Washington. None were prepared to give a one word "yes" or "no" answer as he demanded.

He also challenged the platforms to remove 12 prolific anti-vaxxers from their platforms, which he said account for 65% of vaccine disinformation, demanding a deadline of 24 hours for them to get back to him.

More generally, Congress is considering scrapping Section 230, the legislation that was crafted in the early days of the internet so that website owners could moderate sites without worrying about legal liability, by effectively saying that they are not publishers.